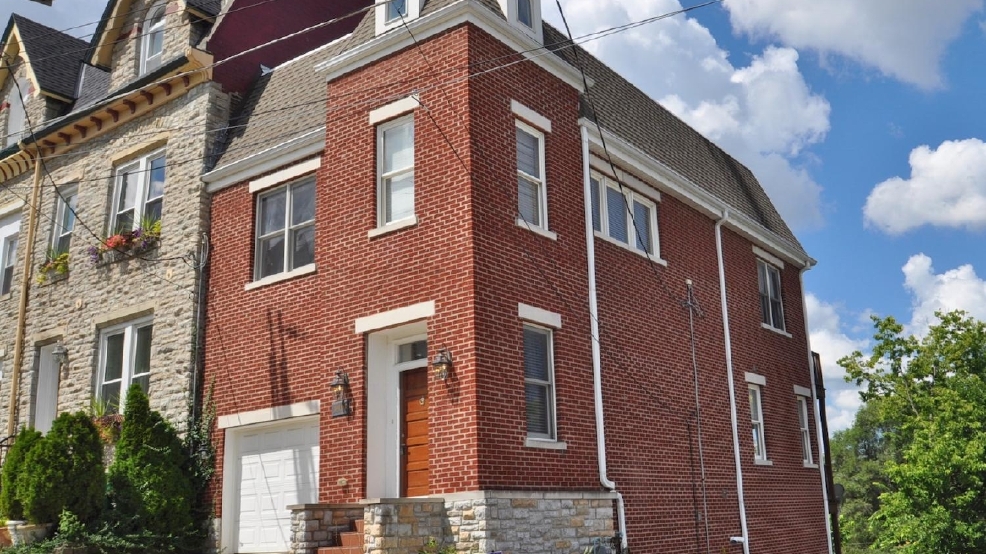 The property at 1943 Auburn Avenue in Mount Auburn is a three-story red-brick city home with a fenced grass area and an attached garage. / Image courtesy of the Finn Team of Coldwell Banker West Shell
SEE MORE

For These Two Urban Properties, It's All About Walkability

Here's a real estate professional saying something that, if you've been paying attention at all, you probably already know:

"One of the most requested neighborhood characteristic of buyers is walkability," says Holly Finn of the Finn Team of Coldwell Banker West Shell. "We are seeing many buyers that would rather own a small place in a walkable area than have more space in a non-walkable area."

Yep, there's that word, "walkability." What does it mean? Well, it encompasses urban living. But generally speaking, a walkable neighborhood is one that emphasizes living density, community, and shared public infrastructure.

Think Downtown, Over-the-Rhine, Walnut Hills, Clifton... These and other walkable neighborhoods are throwbacks to an Old World urbanism that predominated before the advent of suburbs. And that's what people want now.

"Buyers are gravitating toward communities where everything they need is close," continues Holly. "They want convenience. They just want to walk outside their door and go to a restaurant or get a drink. These buyers are interested in the amenities of the city itself: great public spaces, diverse people, and activities in which they can participate."

These two properties are great examples of that walkable lifestyle, and if you're inclined, they're on the market now:

Have you ever driven up Liberty Hill on Highland Avenue through Mt. Auburn? There are homes back there that would give any property in OTR or Pendleton a run for its money. It's highly walkable, being right next to all the activity on Main and Vine. And it's on that northern cusp of Liberty Street, meaning it'll see a lot of investment over the next decade.

That sets up 1943 Auburn Avenue a three-story red-brick city home with a fenced grass area and an attached garage. The unit features crown molding, an open floor plan, hardwood floors, and a gourmet kitchen with new stainless steel appliances.

Mt. Auburn's view of the city is one of its best features, and the deck at 1943 Auburn Avenue lets you enjoy it.

Just a short walk away is a condominium at 413 Milton Street. The key word here is affordability. And really, that's what the walkable lifestyle is all about -- reducing the portion of your overall expenses you spend on your home so you can afford to buy that awesome Reds sweatshirt at Homage, then get that second pitcher of margaritas at Bakersfield.

All other things being equal, that's the glorious lifestyle 413 Milton could afford you. And it's not like your living situation would be bad, either. Actually, it would be very good!

413 Milton is a low maintenance one-bedroom, one-bath condo with a remodeled courtyard, exposed brick, hardwood floors, and a kitchen with stainless steel appliances. It also abuts two neighborhood parks and is just three blocks from Ziegler Park, which will feature a pool and parking when it opens Spring 2017.

To learn more about Cincinnati's walkable neighborhoods, or to schedule an appointment with an agent, contact the Finn Team of Coldwell Banker West Shell.