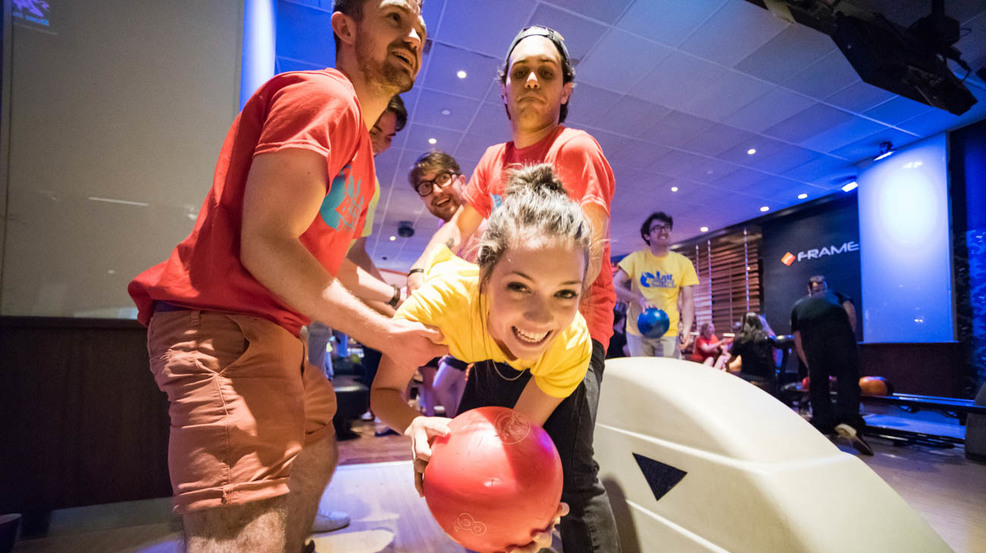 Players can register online with a one-time registration fee of $65 to join (or form) a small group, full team, or enter as an individual where you can have the choice of being a free agent or joining an open team. / Image courtesy of Better Off Bowling // Published: 12.19.19
SEE MORE

Everyone knows you don’t have to be good at bowling to enjoy it. That rings especially true for Better Off Bowling, a six-week social bowling league that aims to build friendships within communities through the comradery of the sport.

“Whether you’re good at bowling, terrible at bowling, it doesn’t really matter because it’s bowling. Anyone can throw a ball down a lane,” assures Stephen McAllister, the Marketing Manager for Better Off Bowling (BOB) and someone who isn’t afraid to admit that he, too, is bad at bowling.

BOB was started in Boston in 2009 when founder Chris Mitchell organized a league to get all of his friends together on a regular basis. When it took off, he knew the get-togethers would be popular amongst friend groups in other cities, too. A decade later, the league has rolled into dozens of cities across the country from New York to San Francisco, amassing over 70,000 players. Cincinnati is city #37 to join in on the fun.

Aside from being an exciting outlet to get friends together and make new ones in your city (or possibly a new city you’ve moved to), Mitchell also wanted to break the stigma that the recreational sport belongs to older players. That’s why BOB is made up of mostly young professionals in their 20s and 30s that can use it as a source to not only network but also as a way to connect with coworkers through corporate bowling outings, which are very popular in BOB. There's something special about watching Lance in accounting hit three consecutive gutter balls—a gratification you just won't find anywhere else.

And the ball doesn’t stop there. The leagues coordinate team activities for after the weekly games that include trivia nights and card and bar games to keep the community-building going all night long.

Registration is now open! To start your Cincinnati league and learn more about Better Off Bowling, visit their site.