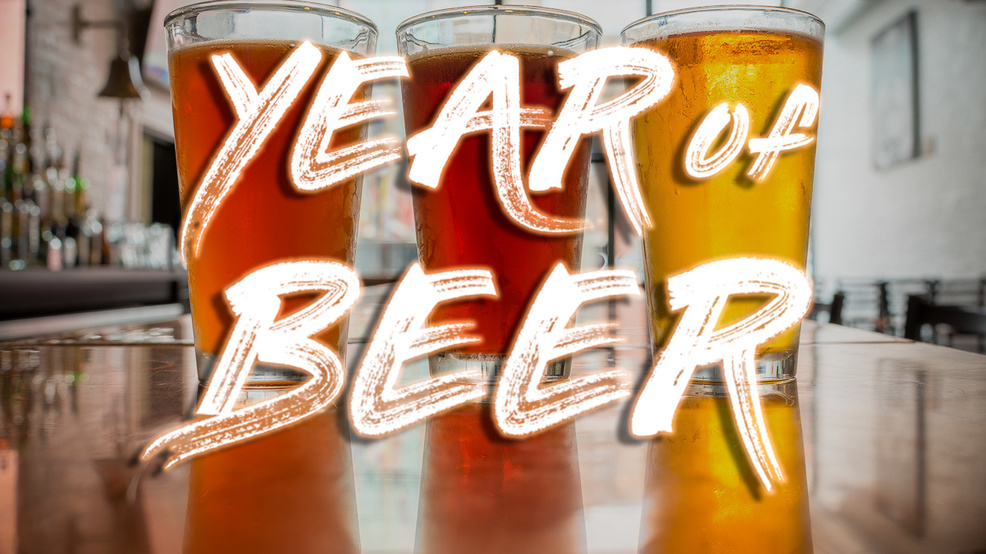 The Year of Beer: Volume 1

Cincinnati is a beer town. We celebrate it with events like Bockfest and Oktoberfest, and throughout the year at the many breweries, bars, dives, and hole-in-the-wall joints all around our city.

Because of this, we thought it would be great to begin the new decade celebrating our beer town nature by doing what we’re calling the Year of Beer. Every single month, I (Shawn Braley) will be visiting four bars that are each in a different neighborhood in and around Cincinnati. This includes some that are beyond city limits, including Northern Kentucky. In some places, we’ll discover underrated places to grab a pint, and in others, we’ll focus on bars with history and everything else that makes them special. By the end of the year, this will be one unique view of what and who our region is through the bars we frequent and the beer we enjoy in those bars.

This is by no means a “Best Of” list. I'll choose places that have some importance in a community, but I’m sure I'll miss your favorite watering hole. I apologize in advance.

So, now that you’re caught up, let’s dig into the first four stops on the journey.

You probably already know Arnold’s. It's the oldest continuously operating bar in Cincinnati, and one of the oldest in the country. With all that history, their fantastic food, and the incredible shows you can see on the courtyard porch, it’s not hard to understand Arnold's appeal.

I went to Arnold’s around 7 PM on a weeknight and took my seat at the bar. I ordered an OTR Ale from Christian Moerlein. The straightforward-yet-delicious taste of that beer matches Arnold’s in a lot of ways. Alex, the bartender that evening, told me stories from his experiences working at Arnold’s over the last eight years.

Folks began to trickle in about a half-hour into my time there. Older guys to my right were arguing politics. A couple on a date to my left were discussing their families. And that’s what I think makes Arnold’s so Cincinnati. It’s friendly, no-frills, and completely one-of-a-kind without going over the top. It’s the kind of place you visit to unwind without the pressure of being anything but yourself.

I walked into the Crazy Fox Saloon expecting a dive with people who weren’t interested in talking to me, but I left with a handful of new friends. After quietly drinking a Three Floyds Gumball Head at the bar for a few minutes, a few young guys stumbled in from the courtyard, put their cigarettes away and sat next to me. An older woman came through the front and sat at the other end of the bar and, sort of loudly, proclaimed, “I don’t know that guy at the end, how’d he even find out about us?”

Through that awkward encounter, I learned that each of the patrons there at the time lived within a half-mile of the bar. Being all the way from Bellevue (a town over) made me an outsider. And yet, it didn’t take long for them to welcome me in. That’s the kind of place Crazy Fox Saloon is. You might come in knowing no one, but you’re definitely not leaving that way.

Tucked away along Fairfield Avenue in Bellevue is a house that, if you’re not paying attention, you might not realize is actually more than a house. It's Three Spirits Tavern, which is owned (and regularly bartended) by lifelong Bellevue resident, Charlie Zimmerman.

I walked into Three Spirits on a cold Wednesday night and sat at the bar just as he came up the stairs from the basement. We talked about the neighborhood a bit; I’m a Bellevueian, albeit only recently. As soon as I asked for a beer, Charlie was on it. He was determined to find me a beer I hadn’t heard of from his fridge with over 60 different types of beer. After going through the list, we settled on a hazy IPA from New Orthodox called M-43. The drink was unique, had a lot of flavor, but wasn’t overwhelming, just like the bar itself.

Throughout the evening, customer after customer rolled in, sat at the bar, and Charlie greeted them by name, not only because he’s an incredibly nice person, but also because this is the kind of place you’re going to return to again and again.

Having a drink at MOTR Pub is a must for anyone who digs live music, good burgers, and pinball machines. I hung out on a Monday evening before 7 PM so I could get half-priced drinks for happy hour. I had a Two Hearted Ale from Bell’s in Kalamazoo and sat at the bar, talking Jim Bundy’s ear off.

Jim is one of the highlights of any trip to MOTR. The guy has a heart of gold. He’s even officiated weddings for his patrons.

I know, I know, this is supposed to be about MOTR, not simply Jim Bundy, but Jim is a representation of what MOTR is—a little rough around the edges, but at its heart, it’s relaxed and homey. Like so many of the bars I’ve visited already, it has become a second home for many people.

The way a watering hole becomes a home is simple—it’s the people in the community who frequent it. As the Year of Beer is now underway, I’m excited to continue to uncover the second homes of so many of us. Come back in February to see the next four neighborhood bars I'll visit for Volume 2!