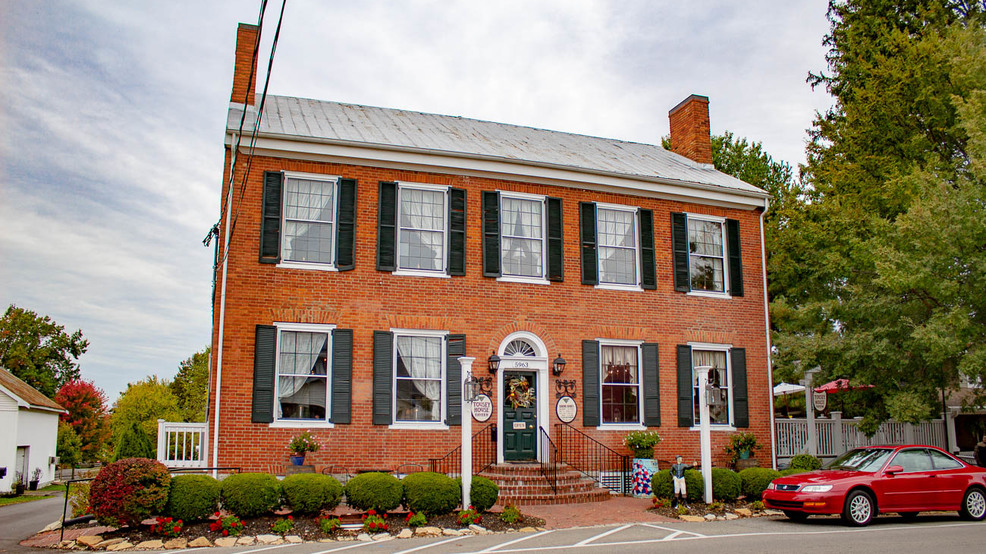 Greyhound Tavern's Sister Restaurant Has Roots Dating Back to 1822

If you’re already a fan of Greyhound Tavern, you’re going to love Tousey House Tavern. If you’re a history buff, this Burlington, KY spot has what you want. And it also has fried chicken.

Like Greyhound, the sister restaurant is also owned by Butch & Mary Ann Wainscott, whose children run the day-to-day operations of serving Southern cuisine and hospitality in their restaurants. The culinary connections don’t stop there, though. You may remember Meggie Wainscott, their daughter who runs May Bells Mobile Bar and Brad Wainscott, their son who owns Libby’s Southern Comfort in Covington.

Let’s just say we’re big fans of this family’s delicious impact on the local restaurant scene. But back to Tousey House...

The restaurant opened its doors in 2008, yet the building itself dates back much, much further.

The historic property is considered the most accurate example of Federal-style architecture in Northern Kentucky because of specific features which include the brickwork and matching pair of gable chimneys. Other design remnants of its past include antique pine floors in the dining rooms, decorative crown molding that frame high ceilings, and even the home’s original cooking fireplaces and hand-hewn log beams, which can still be found in the basement.

Today, Tousey House is known for its classic Southern dishes, extensive bourbon and wine collection, long-tenured employees, and for being a comfortable escape that transports you back to a simpler time.

The elegant space can also act as a venue for special occasions, like rehearsal dinners and parties, and has been known to host master distillers for bourbon tasting events, as well.