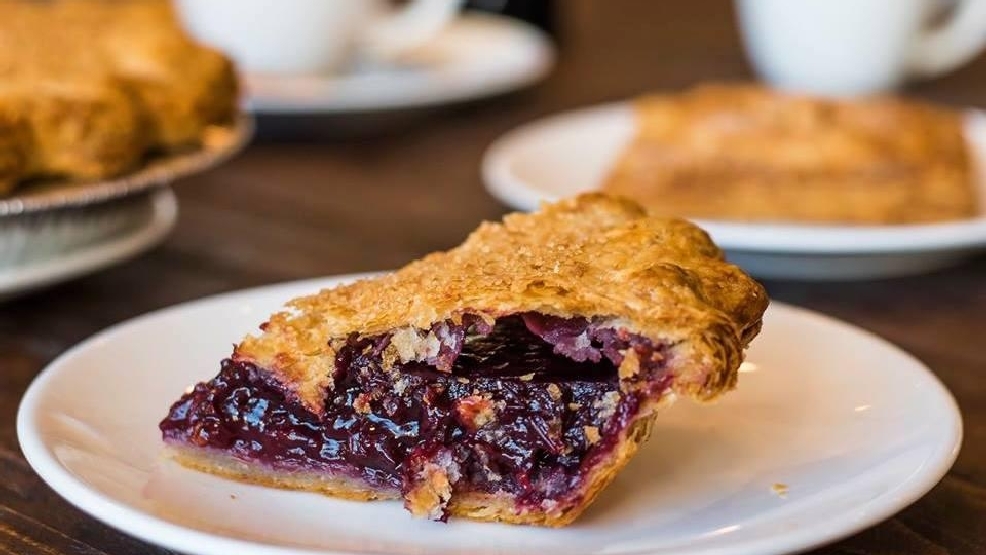 This East Walnut Hills Pie Shop Just Made Our Week

For brother and sister Lou Ginocchio & Laura Sobeck, coming back to Cincinnati meant a chance to raise their respective children together, in the same place.

But for the rest of us, it meant straight-up deliciousness. If you haven't met yet, say howdy to O Pie O, a new pie shop unlike anything Cincy's ever seen.

With Laura's partner, Ian Sobeck (a professional chef from Seattle, where he ran the kitchen at Sutra) creating unique season-inspired sweet pies, it didn't take long for people at Findlay Market to fall in love with O Pie O. Flash forward a bit, and the company has opened the doors of a permanent location in East Walnut Hills.

But let's take it back a bit

The idea for O Pie O started simply enough. Lou & Laura's father suggested they try Four & Twenty Blackbirds, a pie shop in Brooklyn. That experience ultimately led Ian to transition from cooking to baking. And the rest is history.

Once settled here in the Queen City, it didn't take long for word about O Pie O's handcrafted seasonal sweet pies to spread across town. Soon enough, the gang decided to try its collective hand at some savory chicken pot pies. And somewhere along the way, the bakery began morphing from a neighborhood pie shop into a neighborhood pie restaurant, complete with a craft beer selection and a best-in-class wine list (created by wineCRAFT) to pair with both their savory and sweet selections.

OUT IN THE WORLD

Sure, O Pie O hasn't been open long, but they're already generating a loyal following.

Take Hugh Dodman, for instance. This happy regular (who describes himself as "not a pie person") couldn't resist telling us how much he loves this place: "It's the most aesthetically appealing pie I've ever seen. It looks like a pie from the cover of a 1950s magazine. In such a short time, they've become iconic and trumped everybody with pies. They're taking the city by storm."

As he waited for his empanadas, Hugh rattled off a list of his favorite sweet pies, including the Concord grape and honey vinegar (which happens to be a favorite of the owners as well). Judging by the rapidly growing stack of holiday orders, Hugh isn't the only person to fall in love with this creative group of pie-smiths.

You can go ahead and lump the rest of East Walnut Hills in with the enthusiastic yay-sayers. When news spread that the bakery/restaurant was opening, Lou was amazed by the outpouring of neighborhood support. And now, the beautiful, once-vacant building at 1527 Madison Road is buzzing -- not only with folks carrying out pies from open until close, but with people sitting a spell as well, enjoying pie, wine, and beer together in the intimate, inviting space.

O Pie O is located in East Walnut Hills at. If you'd like to find out more, visit www.OpieO.com.