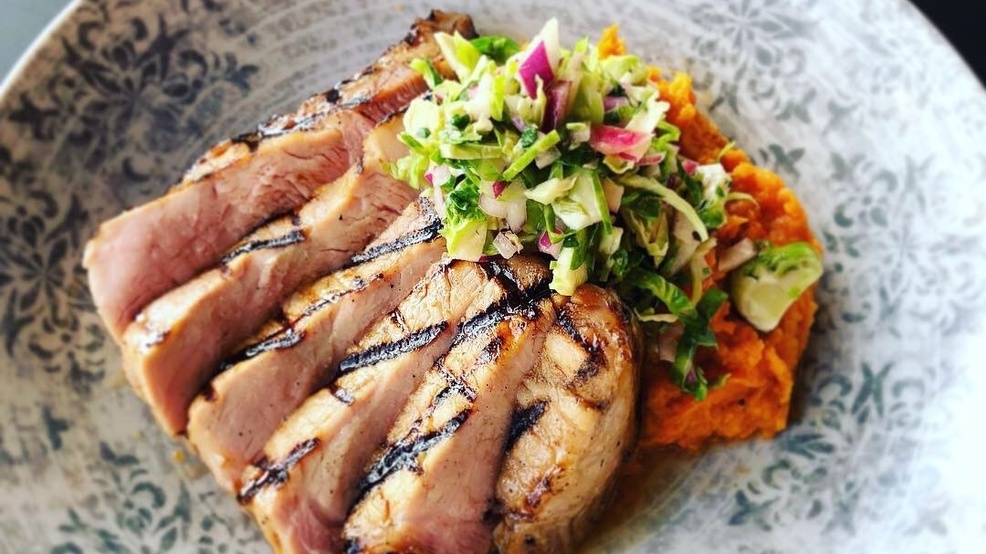 In the heart of Downtown, there's a plethora of unique, local dining options to enjoy. Unfortunately, as you make your way out of the urban core, those one-off restaurants begin to dwindle. A chain restaurants and fast casual spots rule the areas connected by interstates. There are, of course, still unique, local options in the 'burbs, just less of them. That's why S.W. Clyborne Co. Provision & Spirits in Mason is so appealing.

Clyborne was born out of Mason residents Scott & Erin Schmidt's desire to bring an urban dining experience to the suburbs. They were tired of the 40-minute trek to and from Downtown every time they embarked on a date night. They quickly realized that most of their friends and neighbors were having the same experience, so they decided to bring the same feel of a special night out closer to home.

In the spring of 2018, their vision was realized and S.W. Clyborne Co. Provision & Spirits officially opened. They named it with a nod to a time when Mason, Ohio was a stagecoach stop on the journey north.

While the outside of the restaurant may seem unassuming, the inside is a totally different story. The decor is best described as Victorian Post-Industrial—complete with steampunk-inspired tables, crystal chandeliers, mismatched pre-war china, and even a porthole window between rooms. They also have a chef's table in the middle of their open-concept kitchen so guests can get a front row seat to all the culinary action.

Now, let me get to arguably the most important part—the food. The entire menu has a bit of southern flair while also offering quite a few gluten-free and vegetarian dishes, which is always a wonderful perk. Everything on the menu is enticing, but there are a few favorites worth calling out:

On top of all the delectable dishes, you can also find a robust beverage offering. They offer nine signature cocktails, which were all designed by Scott (a certified sommelier), as well as an extensive list of beer, wine, and spirits. When I say there's something for everyone here, I mean it.

It's safe to say it'll take quite a few visits to work my way through the menu, so I'll certainly become the newest regular here.