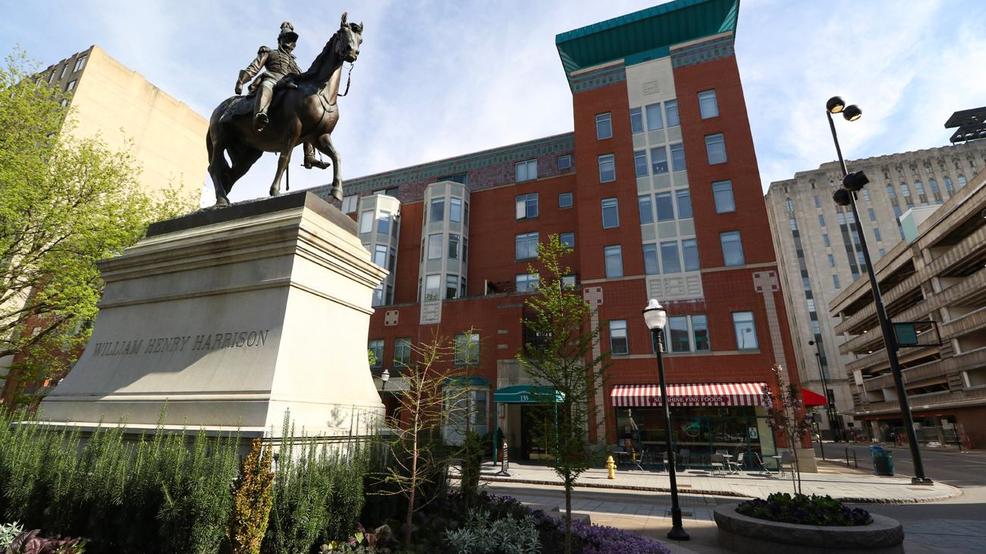 Sunshine Fine Foods is a deli and grocery that originally operated in Hyde Park, but has been serving lunch-goers downtown since 1993. Its crafted sandwiches, wide food selection, and friendly service accolades from loyal downtown customers and new visitors have put the eatery on the map as one of the best spots to grab lunch in Cincinnati. ADDRESS: 720 Elm Street (45202) / Image: Ronny Salerno // Published: 4.25.19
SEE MORE

I was outside, kneeling down to take a photograph of the giant turkey sandwich in front of me when a deliveryman jumped out of his truck and hurried past. “You can’t get much better than that place,” he said, nodding at the small grocery and deli marked with the name Sunshine Fine Foods. He wasn’t the only one to express that opinion—every customer I bumped into while touring the place had similar sentiments. Many of them were regulars, greeted by their first names as soon as they walked in the door.

Owner Pam Griffin was behind the counter, slicing up meat to prepare one of her establishment’s signature, hearty sandwiches for a customer. She didn’t miss a beat in asking how the patron’s day was and what they’d been up to recently, catching up like old friends do. Between them: a case of fresh salads, deli meats, and rich desserts.

Pam’s store is more than just a deli and quick lunch stop, though; it’s a grocery as well. While not as vast and ranging as a chain supermarket, Sunshine stands firmly above your standard convenience store or carryout. There’s a selection of fresh produce, staples such as eggs and cheese, and on the beer shelves: local favorites such as Taft’s, 50W, and Rhinegeist reside alongside domestic brews. Their wine selection is a unique combination of price and quality that appeals to any palette. In a day and age where downtown Cincinnati has seen numerous eateries pop up over the years, Sunshine blends a good meal at reasonable prices with grocery essentials that locals can rely on.

With the new downtown Kroger on the horizon, Pam believes Sunshine will be just fine. “We’d be foolish not to be [worried about the increased competition],” she says. “But I think the local people and the business people will still come here for lunches. I think we’ll still have our loyal customers. We’re in a unique position to downtown residents.”

Situated at the corner of Elm Street and Garfield Place, across from Piatt Park and in the shadow of the William Henry Harrison Monument, Sunshine occupies a picturesque location on downtown’s western edge. Above and around it, numerous apartments occupy the space. It was the residential developers who recruited Pam to move her business to downtown from Hyde Park in February 1993, and she’s been serving up a well-earned reputation ever since.

You can find almost anything you’d need here, from canned foods to quick snacks, and even ice cream for when your sweet tooth needs an escape from Midwestern humidity. And it can all be enjoyed inside at the counter or on the outside patio overlooking a civic promenade.

While I photograph (and have the opportunity to sample) a giant turkey sandwich lined with fresh tomatoes and lettuce, Pam says the store’s chicken salad sandwich may be the most requested. It’s a loyal customer base (and friendly employees) that has brought Pam success for over 26 years in the city’s core.

“We’re pretty accommodating,” she says, referring to her staff’s willingness to be mindful of a customer’s food allergies or specific preparation needs. “Time moves fast. I just really like talking to customers and meeting everybody. You just get to meet a nice array of people and people visiting.”

Sunshine traces its roots to a historic Hyde Park business that was eventually acquired by Pam. Hanging on the wall is a vintage menu found by one of her family members. The current incarnation honors the tradition of being a friendly, neighborhood staple not just in location, but practice as well.