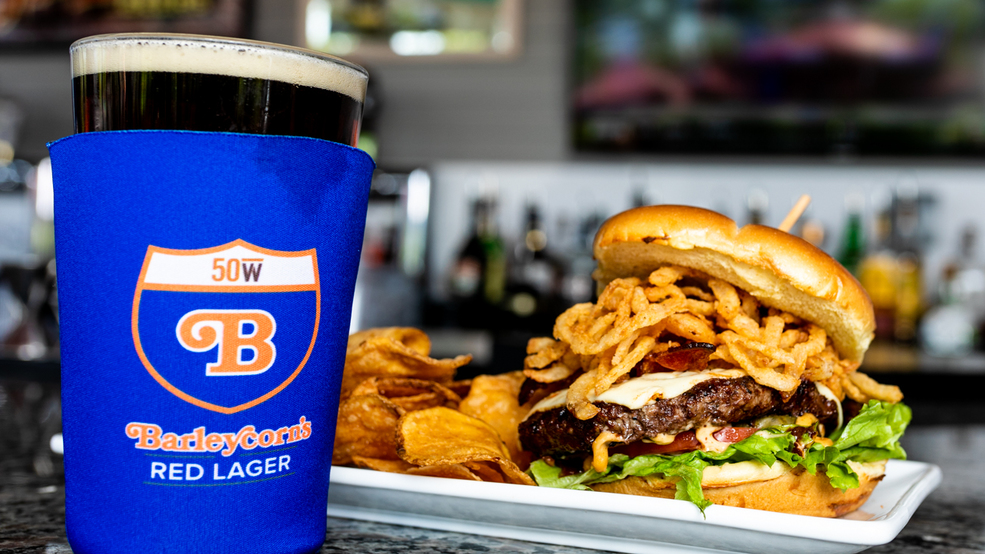 For more than 44 years, Barleycorn’s has been a staple in Northern Kentucky, serving locals with a smile (and by name!). This summer, Barleycorn’s is introducing a new 50 West beer available exclusively at its restaurants.

Joe Heil, owner of Barleycorn’s, has created three locations that feel like home to generations of Northern Kentuckians. His high standards, from servers greeting customers by name, to an all-scratch kitchen, keeps his regulars coming back and draws in new customers as well. He’s not settling in his success, though; he keeps improving Barleycorn’s to make it an even better place to get some food, watch the game, or just hang out.

Each location is unique. Barleycorn’s Five Mile House is a building built in 1843. Its colorful past, along with the roadhouse feel, creates a warm and friendly atmosphere. Barleycorn’s in Cold Spring has been in Campbell County for the past 22 years, and its spaciousness—along with an indoor basketball court—makes it a great meeting place. Barleycorn’s in Boone County features a newly remodeled patio and bar, as well as a large indoor bar that was built back during Prohibition by the Brunswick Co., and has been expertly refurbished. All of the locations are accented with well-worn antiques and novel conversation pieces.

Barleycorn’s patios (in Cold Springs, Lakeside, and newly remodeled in Florence) make you wish there was a pool nearby. Between the extensive bar (where you can get one of more than 30 craft beers, a Long Island Iced Tea, or a mango margarita, among other delicious beverages), the TVs playing the biggest games (local and national) and service, you could easily spend an afternoon into an evening—particularly when, at the Lakeside location, the fire pits and couches are added on the patio. Even better, they have live music on Saturday, Sunday, Tuesday and Wednesday at the Lakeside and Florence locations.

But let’s be honest: Barleycorn’s is known for their food, and they have some fabulous choices: the clam chowder (available on Fridays) and the chili are from 44-year-old recipes. They were the first restaurant to introduce wings to the Cincinnati area, and they have a winner in their Doc’s-style wings, named after a regular Barleycorn’s customer, and a little spicy and extra crispy -- and exclusive to Barleycorn’s. If you’re not into spicy, there are ten other wing sauces to try.

Looking for something else? Chili nachos (perfect to eat while watching a game), Mac Attack tacos (tacos stuffed with macaroni and cheese, of course), chicken and waffles (featuring waffles from local food truck Marty’s), or any number of burgers, including the colossal smoky pepper jack burger covered in onion straws and smoky chipotle mayo, or the BBC burger with bacon and barbecue sauce.

The restaurant has always been on the cutting edge of new craft beer. This summer, Barleycorn’s will be featuring their collaboration beer with 50 West Brewery, Barleycorn’s Red Lager.

“It’s a lager that’s easily drinkable for a domestic beer fan, and also appeals to craft beer drinkers,” says Heil. It’s been popular at Barleycorn’s; so popular, they’re celebrating it with Toast and Taste Parties. On May 15th in Florence and May 22nd in Cold Spring, you can try the new beer for $2 a pint, talk with the brewmaster, and get some sun on the patio while sipping your Red Lager.