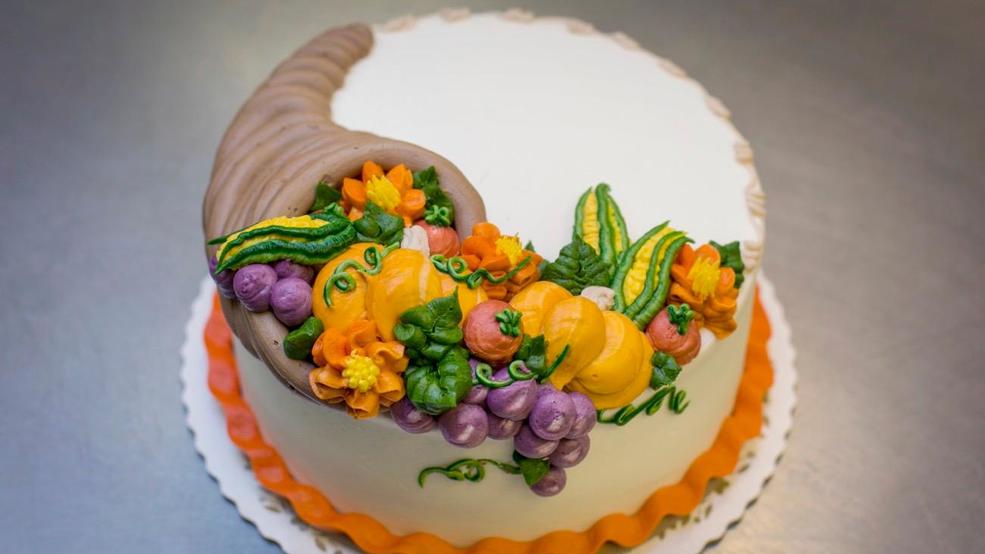 Behind Servatii's superbly decorated cakes is a team of bakers working long hours in a Fairfax commissary. It takes eight bakers to make each cake, and on busy days they'll turn out more than 600 of them. The quality never suffers, either. Whether you've ordered a unicorn cake or a Reds cake, the result is always amazing. / Image: Mike Bresnen Photography // Published: 10.12.18
SEE MORE

How Servatii Makes Its Delightful, Decorated Cakes so Delicious

The most impressive bakery space in Cincinnati might be a commissary on the East Side. Because that is where all of Servatii’s delectable baked goods come from—pretzels, breads, coffee cakes, cookies, cinnamon rolls, and more.

While most of the city is sleeping, Servatii's baked goods are loaded into trucks and taken to each of Servatii’s 12 Cincinnati locations. Then they’re unloaded and arrayed on the display shelves.

Around 10% of Servatii’s cakes make the trip, too. These are the walk-in ready cakes you see in their store cases. As for the other 90, well, they’re special. That is, they’re made to your specifications, whether you’re looking for a red velvet cake in the shape of a zombie or, eh, something a bit more appetizing.

Where do these custom cakes go? In a word, everywhere—birthday parties, weddings, work functions, catered events of every kind, and sometimes places like the Opening Day suite of Reds owner Bob Castellini.

Rob Ayres, Servatii’s cake development supervisor, is the man behind the frosting. He and his staff can apply the most delicate flourishes with lightning speed. That’s muscle memory for you, honed during 9-hour days that often last far longer.

On Mondays, for example, they bake around 300 cakes. On Fridays, when the workday stretches 14 hours long, they bake twice that. We haven’t even broached the fillings yet, either. For special occasion wedding cakes there are more than 188 flavors from which the bride and groom can choose. They include everything from raspberry and white chocolate mousses to fun flavors like strawberry daiquiri and banana split.

The quality never suffers, which you’ll know if you’ve ever tried a Servatii cake. The sponges are light and moist, the frostings are rich and creamy. These things are unwaveringly delicious.

It’s all thanks to the cake-making process, which is broken down such that every member of Ayres’s team has their own task. In all, it takes eight bakers to make one Servatii cake from beginning to end, including folks whose only job is greasing the cake pans or putting the finished cakes on cooling racks or piping the frosting into florets.

Yet, for being such a productivity powerhouse, the 64,000-sq.-ft. commissary retains the unmistakable feel—and smell—of a bakery. Its team practices good baking fundamentals, too. The liquid ingredients are added to the cake batters in thirds rather than all at once. The bread doughs are cooled immediately to halt fermentation. The chocolate is tempered with extreme care to produce a glossy sheen.

The result is often delightful and occasionally breathtaking. As examples of the latter, Ayres presents Reds cakes, UC cakes, and XU cakes. He makes Halloween cakes as well as cakes with unicorns, cakes with mermaids, and cakes in the shape of cheese coneys.

Ask him what his favorite cake is, though, and Ayers will shy away from those fantastic creations in favor of something far simpler and more classic.

“German chocolate,” he says with a smile.

You can bet he’s made a few of those in his time too.