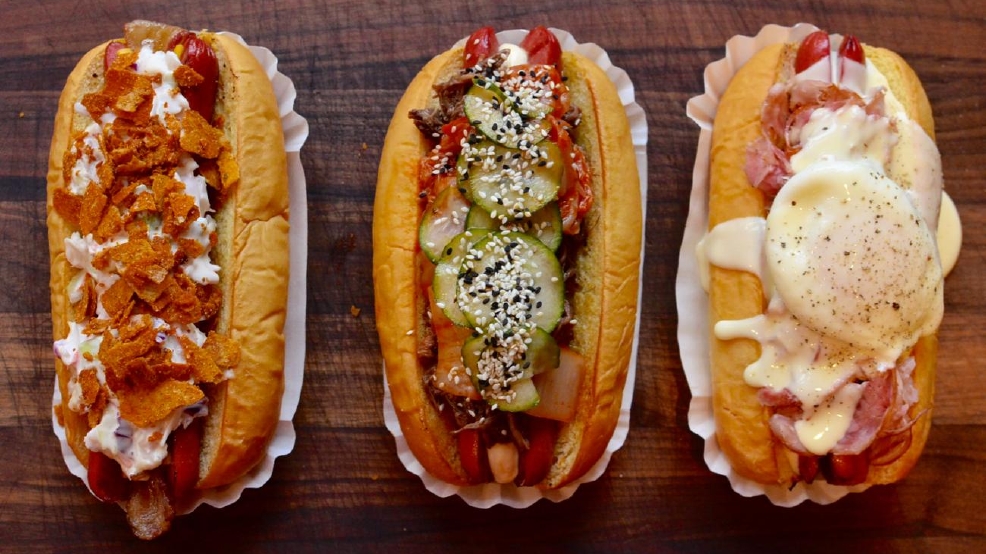 Senate Taught Us How To Love Gourmet Hot Dogs

Gourmet hot dogs. Those aren't two words you see next to each other often, unless you're in the Gateway Quarter of OTR and, thus, a frequenter of Senate Pub. 'Cause... well, that's their speciality. But let's be honest. There's little that isn't special on the menu at Senate. It just depends on your mood.

Dan & Lana Wright opened the restaurant in February 2010. Ya know... before OTR was cool. Before you convinced your parents to take you on a birthday pub crawl up Vine Street (or was that just me? Yes, I enjoy hanging out with my parents), before 20 other eateries popped up within a half mile of each other. And there's plenty of other "before then" analogies to go around, but I think you get the point.

Senate has been here since the beginning(-ish) of the neighborhood's renaissance. With a location at 12th & Vine Streets, it's basically the epicenter of the action, where epic nights come to live or die. And even though there's an overabundance of foodie options, Senate (coming up on its seven-year anniversary) is still worthy of one's attention. I mean, where else can you eat Shia LaBeouf (it's the name of a hot dog. Calm down, people.) or drink the late-Fidel Castro? Answer: Nowhere I can think of.

So while the choices can be overwhelming, it's really not that hard. Do the Eating Tour de OTR. Try what you haven't before. ... Sure, that's fine. But when you're looking for a tried-&-true, with a dash of Mexico City (also the name of a hot dog), you'll know where to come.

Ps: A new (and MUCH bigger) Senate is coming to Summit Park in Blue Ash in March. It'll have an outdoor courtyard about the size of its entire OTR location and the interior will be something like 3x the size. Wowzers... Can't wait to meet Tricia Takanawa there. (Yes, it's also the name of a hot dog. Glad, now that the article is over, you've finally caught on.)