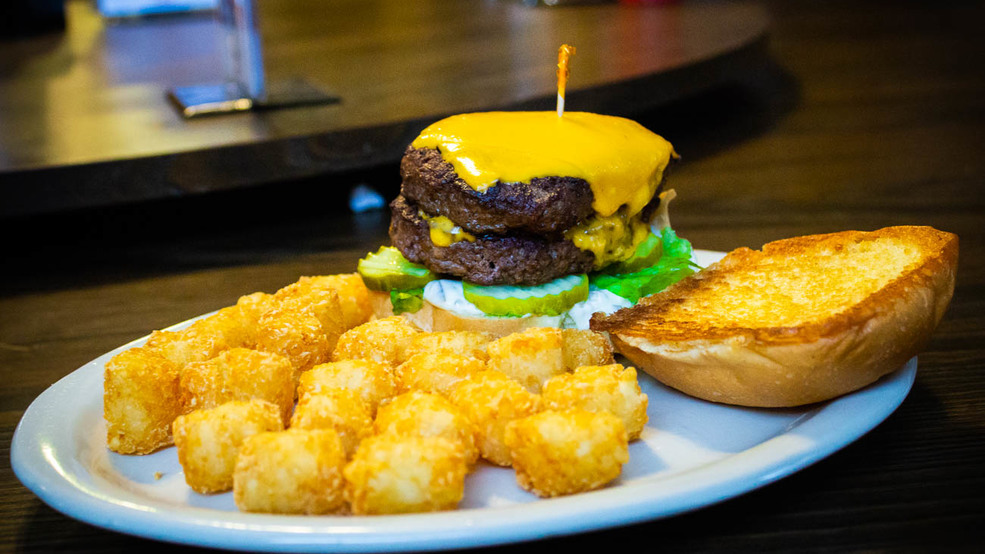 If you’re from the Northern Kentucky area, you probably know who PeeWee Reese is. If you’re not and you don’t, I’m happy to be the one to introduce him.

Tim “PeeWee” Reese is the proud owner of the bar and grill with his name on it: PeeWee’s Place. This is the kind of restaurant that you feel like you’ve visited whole life—one that has the best comfort foods, like breakfast, burgers, ribs, chicken bites, and pies. And what’s a local watering hole without the fun regulars? PeeWee’s had at least 10 at the bar on the afternoon I stopped by.

The reason people love to hangout at this restaurant isn’t only for the great food and drinks, but for the fun, hometown atmosphere that PeeWee personally provides every single day. I think everyone can agree that the only thing more intense than the juicy burgers is the high-spirited, outgoing character that is PeeWee Reese.

First thing’s first: The name. When I asked him where “PeeWee” came from, he told me it was a nickname given to him as a kid for being the “mini” version of his dad, Pete. Today, everybody calls him PeeWee. He got into the restaurant business over nine years ago when he bought PeeWee’s Place on a whim after being without a job for only two days. No, he did not tell his wife before making the decision. And yes, he was in big trouble with the missus. (And his mother, too.) The restaurant was formally known as “The Speakeasy," a nightclub where you could grab a smoke, drink, or a fight depending on your mood that evening.

PeeWee told me, “I always wanted to own this place...When you want something like this, there’s a difference between ‘want’ and ‘need’. I wanted it when I had money. But then I owned it when I didn’t have money.”

Luckily, the purchase worked out for the better, as the bar has been a huge success ever since. When 90% of your customers are people who regularly visit your restaurant, you must be doing something right.

“Have you ever seen the show Cheers?," PeeWee asked me. Much like Norm, he says, “There’s not a chance in hell that I don’t know everyone here.”

Aside from friends and family who bust through the doors to greet him, various local organizations habitually meet there, too, including members of an organization called The Parkinson’s Group, The Lion’s Club, The Sierra Club, and The Optimist Club. Players in tournament sand volleyball leagues are also members of the PeeWee’s Regulars Club.

PeeWee is a stranger to very few people in the area. Over the years, he's coached youth sports and has been a member on Villa Hills City Council as Recreation Director.

When I asked him how he felt about being such a prominent figure in the community, he elegantly responded, “I pride myself on knowing people and being friends with everybody. My favorite motto is, ‘Make somebody else’s day better’. How tough is it?”

It’s obvious that making everyone feel special and important is something that comes naturally to PeeWee Reese. The next time you find yourself in Crescent Springs craving a good meal and good time, you won’t find a friendlier place than his.