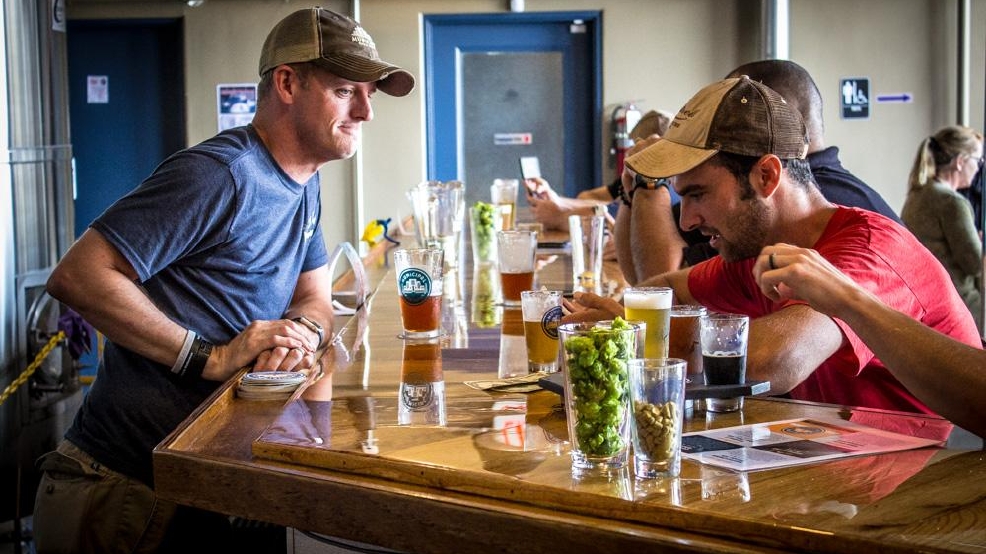 Municipal Brew Works, the little brewery creatively tucked into the back of the Frederick G. Mueller Municipal Building at 20 High Street, opened its doors to serve up custom drafts that rival even the Rhinegeists and Madtrees of the WORLD. (... Okay, of Cincinnati.)

A quick turn off Hamilton’s main drag and you’ll immediately see Municipal Brew Works’ massive outdoor patio as two large overhead doors beckon you toward the beer. Once inside, Municipal Brew Works feels like a big-city brewery with brilliant branding and an industrial style perfect for a tap room.

The beer is great, as we expected. But the people running it were the real treat. You won't leave the joint without having a friendly interaction with an employee or the brewery's owners, as they make the rounds introducing themselves and offering up knowledge about the brewing process.

If you’re looking for a new brewery to add to your list, we found it. Municipal Brew Works has delicious beers that are good enough to satisfy a beer snob and a staff charming enough to turn a craft-beer newbie into an expert.