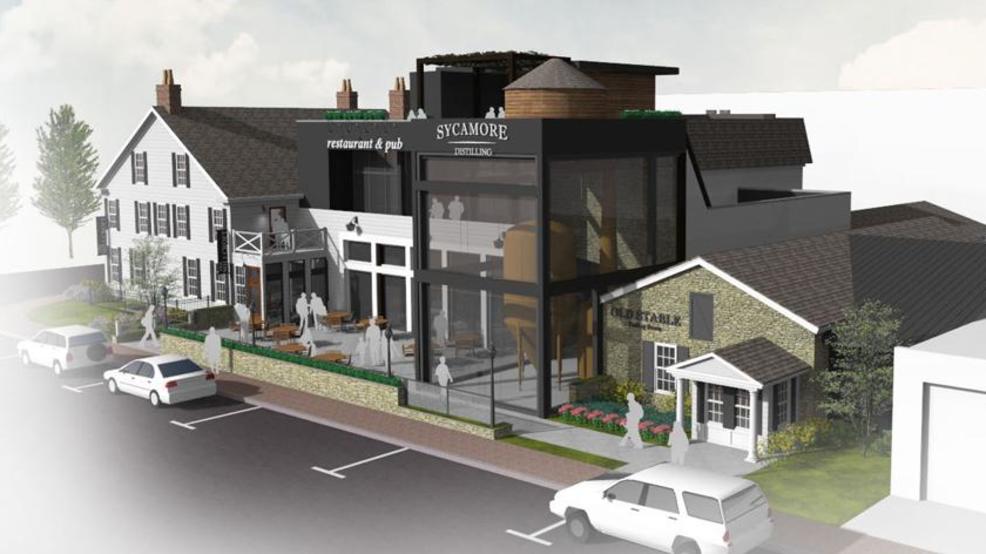 If you didn’t know any better, you’d assume the large building at the corner of Mill and Water Streets in downtown Milford was just another residence—or a historic structure serving as the charming storefront to a local business like so many other institutions in that area. It may not even appear that old at first, given the vinyl siding that was regrettably added at some point.

But if you’re from the area, odds are you know what the building once housed. Maybe you were a regular, enjoyed a family meal there, or heard stories from your relatives about how the place had been an iconic restaurant in Old Milford for some time. Now, the former Millcroft Inn is about to become something else entirely with a firm grasp on its historic roots.

I’ve been in countless abandoned buildings over the last decade and each has its own Scooby-Doo-vibe in some way. There’s always a unique feeling to the idea that this place used to be something. The Millcroft isn’t technically abandoned, but it has all the hallmarks—for now. Dust covers the countertops and there’s that right mix of empty rooms accompanied by relics left behind: books, paintings, beer bottles, etc. Old furniture and carpeting say a lot about a previous tenant’s style. A whiteboard gives clues to a worship group’s long-adjourned meetings. A Bible quote adorns a wall, while child-friendly depictions of animals indicate what once was a possible nursery or daycare.

I’m not wandering this space alone, though, March First Brewing’s Social Media Manager, Josh Engel, is showing me around (and scoping out where his future workspace might be). Cincinnati’s only Brewery, Cidery, and Distillery, March First opened its operation and its Sycamore Township taproom in 2017. In late 2018, news broke that the local spirit providers were looking to redevelop the Millcroft Inn property into a distillery for their Sycamore Whiskey brand. Now into the last half of 2019, they’re well on their way to giving Sycamore its own dedicated facility and experience.

The land that the building occupies dates back to owner and Revolutionary War veteran, John Nancarrow. It eventually landed in the hands of John Hagaman, the man who originally laid out Milford into 46 lots (the Millcroft is lot #1).

The property later found its way to Matthias Kugler in the early 1800s as he went about building the mansion destined to become Sycamore Distilling. Catherine Waldschmidt, Kugler’s wife, was the daughter of Christian Waldschmidt—another Revolutionary War veteran. Christian had established one of Cincinnati’s earliest distilleries in Sycamore Township and his story is part of what inspired the creation of Sycamore Distilling, today. You’ll even find Waldschmidt’s general store in Sycamore Distilling’s logo. That former homestead shop is now a Civil War Museum in Camp Dennison, less than two miles from the distillery’s new Millcroft location.

Kugler's former home remained as a private residence for decades after his death in 1868. In 1939, it was converted into a tea room, which began its long period of playing host to several commercial enterprises. The Millcroft Inn name first appeared in 1942 and several renovations took place over the years among a steady change of ownerships. It became known as Mill Street Manor in 1995 and even served as the headquarters of a church for a time.

March First is poised to re-ignite the Millcroft as a space where both residents and visitors can gather for food and drinks under the banner of Sycamore Distilling. Its opening date is unannounced as of this writing.

The building itself will feature over 13,000 square feet of space, but not all of it will be exclusively dedicated to creating whiskey. There’s room for a restaurant and tasting room, as well as office and event space. A slick rendering (which you’ll see in the photo gallery) shows how new construction will update its aesthetic while adding a rooftop patio. There are also plans for a museum to occupy part of the space.

Check out more about Sycamore Distilling at their website, see what the Millcroft looks like in its state of reconstruction in the photo gallery above, and follow along with the renovation on their Instagram.