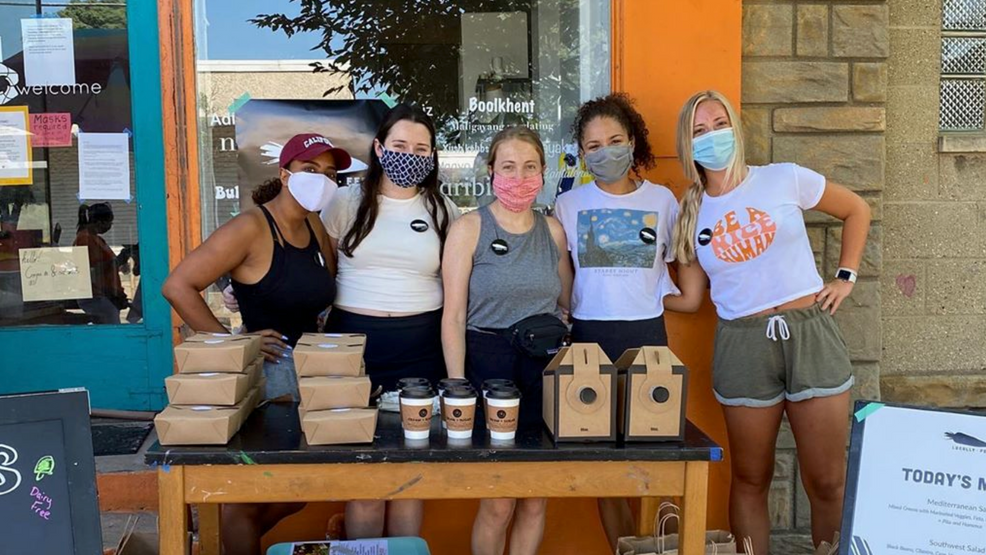 Months ago, after realizing the coronavirus wasn't going anywhere any time soon, Madi Rinaldi came up with a brilliant idea: support local restaurants while supplying meals to shelters, food pantries, hospitals, and more by way of fundraising and coordination. That idea became Locally Fed.

Locally Fed takes inspiration from Support+Feed in Los Angeles. That organization currently operates in multiple cities around the country and focus on plant-based restaurants exclusively to provide meals for "vetted charitable organizations & marginalized groups who have been greatly impacted by the crisis such as children's charities, homeless & domestic abuse shelters, food banks, family & senior centers, first responders and hospital workers."

Locally Fed is doing something similar for Cincinnati, though it isn't exclusively plant-based. Because Madi doesn't have a background running an operation like Locally Fed already, she enlisted the help of Madalyn Norman (social media/PR) and Emily Buck (designer)—all three are either currently enrolled at UC or recently graduated. Together, and along with the help of a network of volunteers, they've successfully delivered thousands of dollars worth of food to local shelters, donation centers, hospitals and more around Cincinnati since May.

In turn, local restaurants receive thousands of dollars in business, and those in need get the meals they need. It's a win/win for everyone involved.

Since they began, the Locally Fed crew has raised thousands of dollars to redistribute back into the local economy and feed the community. For example, in July, the team partnered with Alabama Que on Short Vine in Corryville to feed Shelterhouse in Queensgate. After that, they partnered with Cream + Sugar in Evanston and Honey Child in Over-the-Rhine to provide food for The Welcome Project in Camp Washington. While it started as an every other week event, its frequency has grown since May.

WHERE IT'S GOING & HOW TO GET INVOLVED

Madi says she sees Locally Fed as a short term solution to helping others during the pandemic but would like to see the organization continue in some form going forward. While the team is still fundraising and delivering food, she foresees the need to create a resource guide or database so restaurants and donation centers may coordinate without Locally Fed in the future.

Giving someone a fish versus teaching them to fish, so to speak.

For now, though, Locally Fed is raising money and seeking volunteers for delivery through their website.