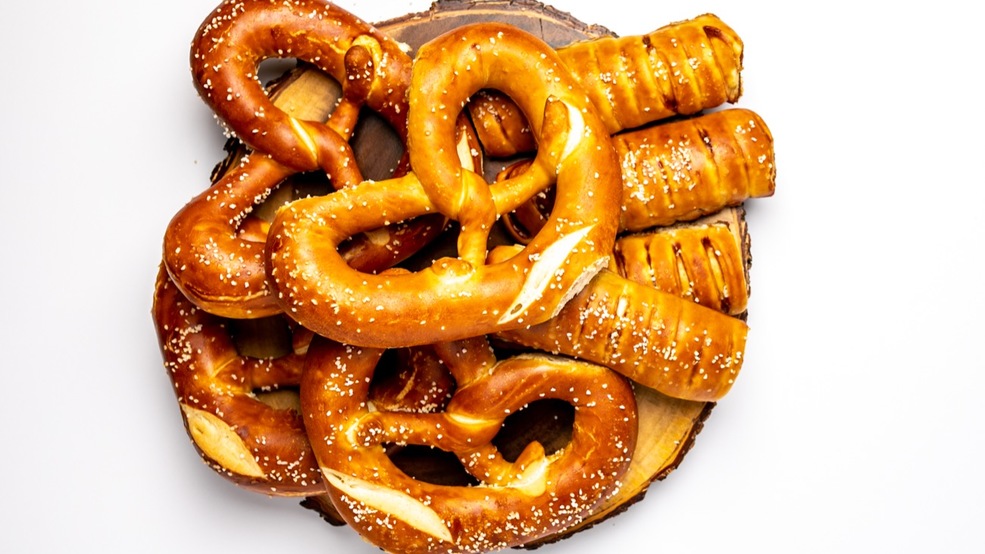 Cincinnati's German roots run deep, and places like Servatii Pastry Shop are prime evidence of that. Servatii was founded in 1963 by a first-generation German emigre and a third-generation baker, Wilhelm Gottenbusch. Now it's passed down to his son, Greg, who has carried on the German traditions without a hitch. ADDRESS: 11360 Montgomery Road (45249) / Image: Amy Elisabeth Spasoff // Published: 8.13.18
SEE MORE

This city’s German heritage is no joke. It’s in the food, the traditions, the surnames, the street names, fußball, and the neighborhoods. It’s a fundamental, if sometimes taken for granted, part of our everyday lives.

Servatii Pastry Shop is a testament to that. It’s German through and through. In fact, it’s turning Cincinnati more German all the time, thanks to a pretzel recipe that just won’t quit.

But, as ever, we must begin at the beginning. So, without further ado, we present the five German ties of Cincinnati's favorite pastry shop:

Wilhelm Gottenbusch opened Servatii in Hyde Park in 1963. His father was George Gottenbusch, who himself opened a bakery in Münster, Germany after World War II. His father was also George Gottenbusch, and he started the whole baking love affair by driving a horse-drawn carriage door-to-door selling his irresistible baked goods. Today the baking tradition is carried on by Wilhelm's son Greg and his nephew Paul. They're fourth- and fifth-generation bakers, respectively, and though they're rooted in Cincinnati, they're still drawing inspiration from their German forefathers.

No, not ‘Gottenbusch,’ though indeed you’d expect saying it aloud to summon an army of Prussian soldiers donning spiked Pickelhelms. Instead, I’m talking about ’Servatii.’ That name comes from Servatius, patron saint of the city gate in Münster where Wilhelm’s father, George, opened Café Servatii on Servatii Platz. Wilhelm chose the name for his Cincinnati-based bakery as something of an homage, and the rest is, well, Servatii.

Wilhelm and his father both attended Germany’s finest baking school, where they attained the status of “Konditor Meister,” or Master Pastry Chef. Years later, Greg retraced his forefather’s footsteps back to Germany to apprentice in baking and pastry. And where else did he do so but Münster, the ancestral and spiritual home of Servatii.

Every Servatii Pastry Shop is outfitted with a display case. And behind the glass of that display case sits an array of Old World pastries that would make Mary Berry blush. There’s tortes and truffles, pies and cheesecakes, cookies and sweet rolls—and pretzels!—all baked using much the same recipes as Wilhelm used decades ago, which of course were much the same as his father used at Café Servatii in Münster.

You absolutely cannot mention Servatii’s Bakery in Cincinnati without someone, whether at the next table or across the room, raving about the quality of Servatii’s pretzels. From the golden color to the impeccable soft structure—the result of a long proof—these suckers are as delicious and authentically German as it gets.