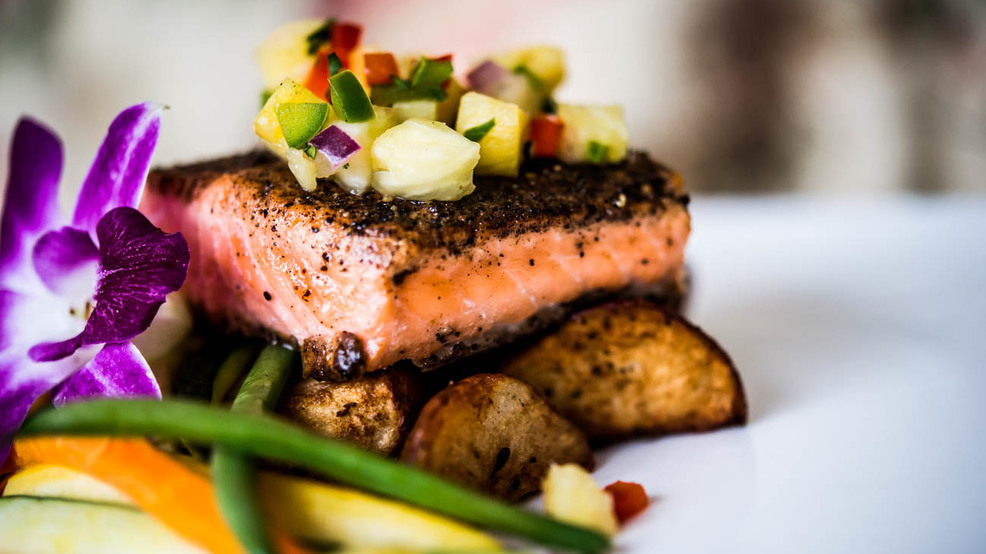 <p>Funky’s works with many local farms in the region and are supporters of the indoor farming efforts around the city. Funky insists on knowing where each and every special ingredient was sourced from, and it shows in the quality of the food. / Image: Bambino International // Published: 5.6.19</p>
SEE MORE

Chances are, you’ve interacted with Funky’s Catering in some way or another whether you know it or not. You may have had their delicious short rib at a catered event, or a drink at the Vestry in The Transept on Washington Park. Perhaps you’ve watched one of Cincinnati’s sports teams while enjoying a bit of their food. If you’ve attended a wedding at the Pinecroft or watched a band at Riverbend, there’s a chance you were fed by Funky’s team. They're behind the scenes at so many local events, they’ve steadily made their way into many facets of the service industry here in Cincinnati.

Let’s back up: What exactly is Funky’s? It’s the result of years of hard work by its owner, Michael “Funky” Forgus. He came from a family of doctors but opted to rebel and become a musician instead. After he tired of the lifestyle, he finally relented and went to medical school. While he was busy writing his thesis paper on experimental neurology, he took up a part-time gig at a local bar in Chicago. Six months in, he was hooked on the service industry and ditched medical school. He became a manager, and before long, he was approached with an opportunity to pick a market and start a business. He chose Cincinnati, and the rest is history.

The goal in every aspect of Funky’s Catering is to seek excellence in serving others. As a former employee, I can certainly vouch for the excellence bit. Funky was at every wedding, timing us as we carried out plates as swiftly and gracefully as possible. When I worked with the company at Riverbend, we were sent out far and wide to find that specific type of coconut water that the visiting musicians preferred in their dressing rooms. Funky was there to check each and every dressing room for correctly knotted tablecloths and perfectly organized mini fridges (and to remind us to tuck our shirts in). But the motto rang true; there were plenty of moments of joy found through the service we provided.

These days, the focus on excellence has deepened as he works to train over 200 workers at various locations to keep up with their standards. They have also renewed their focus on sourcing local food, driving other industries to succeed alongside them. This is partly thanks to the sports teams they service: FC Cincinnati and the Cincinnati Reds. Athletes perform better when they eat plenty of whole foods and Funky’s is there to deliver. They work with many local farms in the region and are supporters of the indoor farming efforts around the city. Funky insists on knowing where each and every special ingredient was sourced from, and it shows in the quality of the food.

When they aren’t serving musicians and athletes, they're helping people throw picture-perfect weddings and events at both the Pinecroft at Crosley Estate and at The Transept in Over-the-Rhine. They also service the View, which recently opened in Mt. Adams in the former Celestial spot and has had two events already.

Each location offers something different in terms of atmosphere, but of course, all of them offer excellent food. When visiting The Transept, they were in the midst of preparing for a wine dinner that would feature wagyu beef sliders and veal bacon.

“Those keeping kosher deserve to enjoy bacon, too!” Funky says.

Funky will tell you that one of the reasons he has found so much success is because he has invested in his people and has given them the tools to meet and exceed his high standards. The event managers are responsible for their events from start to finish. This strategy was one of the main factors that enabled the company to move into larger venues and events. Many of the folks I worked with during my tenure are still there, and the others have gone on to be successful in relevant industries.

If ever you’re thinking about going to medical school but aren't really feeling it, consider taking a page out of Funky's book and work at a bar instead.

To start planning your event and learn more about Funky’s Catering, check out their site.