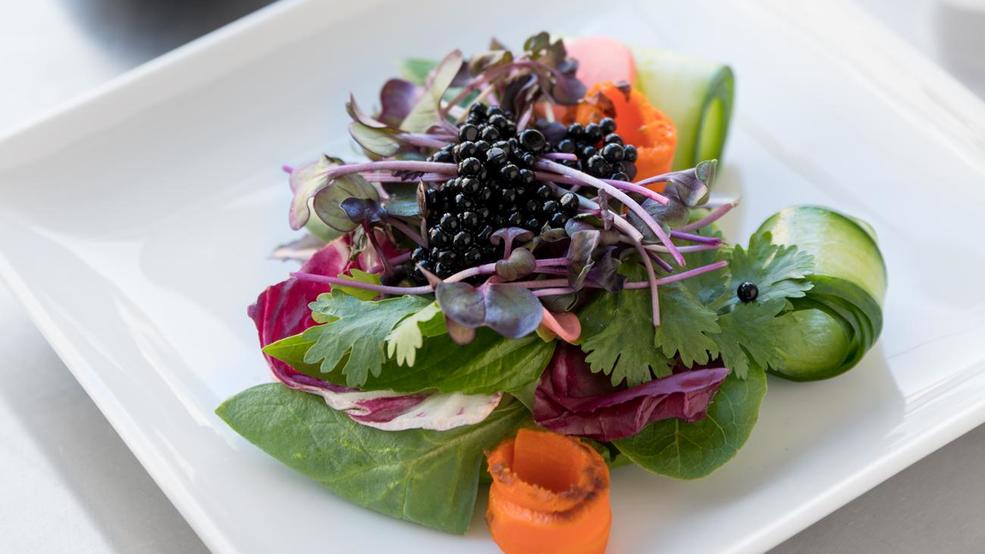 Fresh food should not only be delicious—it should be accessible. There are many unhealthy, fried options for hungry OTR residents, and an even greater number of unaffordable eateries with healthy menus to choose from. Clean dining on a budget isn’t something the neighborhood is currently known for.

Well, not as of yet. ESSEN Kitchen plans to make healthy, vegan food accessible to residents of Over-the-Rhine in the affordable way that other area restaurants currently don’t. And, to make it even better, eating affordable, healthy food won’t even require leaving the couch.

But not so fast. It isn’t a reality quite yet. ESSEN Kitchen will begin delivering its plant-based menu after they’ve raised enough funds to open their restaurant—a modest space located where McMicken, Vine, and Findlay Streets converge in OTR. They’re planning on opening in mid-October.

“Plant-based food” doesn’t mean carrot sticks, either. Each ESSEN dish will be artfully prepared and made to the highest standards with sustainably farmed foods created by Cuban native, Chef Yasel Lopez.

"With Yasel, every ingredient serves a purpose and every spice brings a unique flavor,” says ESSEN marketing manager, Lida Bilokur.

Lida and her mom, Patricia Bittner, teamed up with Food Scientist to bring their nourishing food service vision to life. They started an Indiegogo Crowdfunding Campaign back in August to pre-launch the business and raise money for the opening. They plan to have their kitchen at 1 Findlay Street fully functional next month. At of the time of this writing, 25% of ESSEN’s financial goal has been fulfilled.

Using an app, meals will be able to be ordered in advance. Bento-style lunch box meals and foods paired with other local business, such as Brezel and Off the Vine, will be offered.

No cell phone? Hungry, app-less customers will have the option to stop by the shop for pickup when their doors eventually open, too.

Lunch in OTR doesn’t have to consist of $6 chicken fingers or $20 soup and salad once they get rolling. ESSEN Kitchen will be targeting both carnivores and traditional vegetarians alike while saving them time, money, and their health.

If that’s something you can get behind, visit their fundraising website.