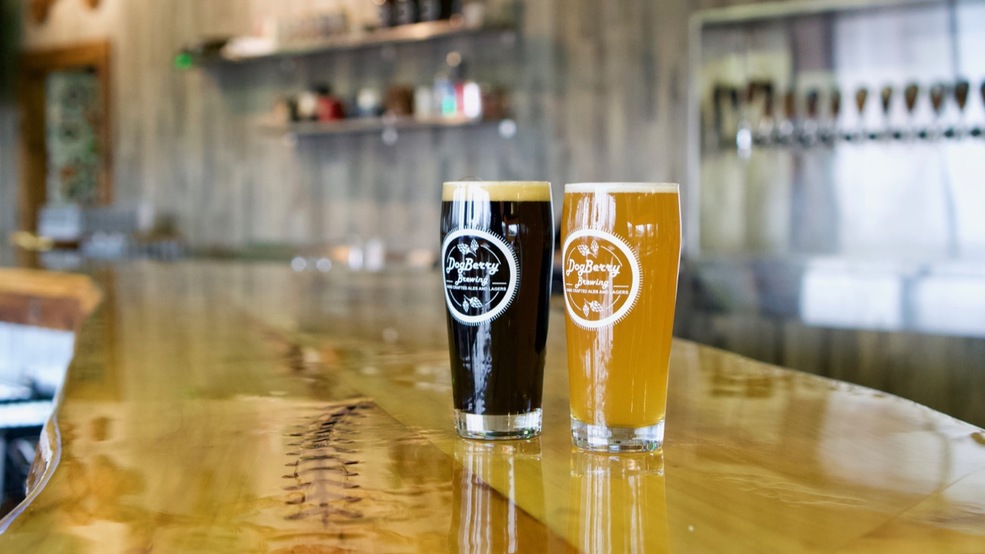 DogBerry crafts a circulating variety of ales and lagers, including around 17 on tap at any given time. A panel of food trucks also make their rounds at the brewery for patrons to enjoy. / Image: Brian Planalp // Published: 1.7.19
SEE MORE

Six years ago, Tony Meyer was a stay-at-home dad with a craft beer hobby. A decade of trial and error yielded around 30 beer recipes, which he brewed causally while carrying out dad duties galore. Then at last, he and a home-brewing friend got up the nerve to turn their craft beer hobby into a craft beer profession.

DogBerry Brewing was the result, opening in West Chester in January 2015.

So dubbed, the first location was a “scratch the itch” kind of place, a “hey, this’ll be fun” kind of place. It featured a 2,400-square-foot tap room and a one barrel system that could produce just 220 beers per year. Volunteer help from friends and family comprised the staff. 95% of sales occurred on site; there was no capacity to do anything else.

To be clear, this is a success story. If it doesn’t read that way, it’s only because of how quickly demand for DogBerry beer outpaced its ability to match. Meyer and company were running their barrel system at maximum output just to replace what they sold during the tap room’s limited hours. There wasn’t enough left over to distribute if they wanted to, nor to sell at local events and festivals. And that’s without doing any marketing.

Six months in, the decision Meyer had to make was not a tough decision at all. Six months after that, he announced the new location.

Everything about DogBerry’s new location is bigger and better. As compared to DB1, DB2 has double the square footage, double the parking, double the taps, and triple the seating capacity.

Perhaps most importantly, the new 10-barrel system allows Meyer and his team to produce 1,200 barrels a year. That’s a tenfold increase from what they were able to produce before. With all that extra capacity, they’re getting out into the festivals and events around town. They’re also canning and distributing, so you don’t need to go to the tap room to enjoy one of their beers.

You should, though, because the tap room vibe is friendly and approachable. There are picnic tables, couches, and bar stools to go along with air hockey, Skee-Ball, oversized Jenga, TVs, coloring supplies, and an array of board games. By no means is it a raucous, late-night spot. It’s more for evenings after work—or mid-day during work. It’s also for weekends with friends and family.

Meyer brews beer to match. There’s nothing pretentious about his offerings, nothing fanciful, nothing that would require an elevated sensibility to “get.” It’s all friendly and approachable.

That’s not to say this former home-brewer can’t talk shop with beer geeks and professional brewers around the city. Neither is it to say the beer is devoid of elegant touches, innovations, and rare delicious notes. But Meyer isn’t looking to change the beer landscape—not with DogBerry’s tap room, not with his beer.

"We don't want to take over the world or be the biggest," Meyer says. "We just want to make the beer that we love and share it with those that love it."