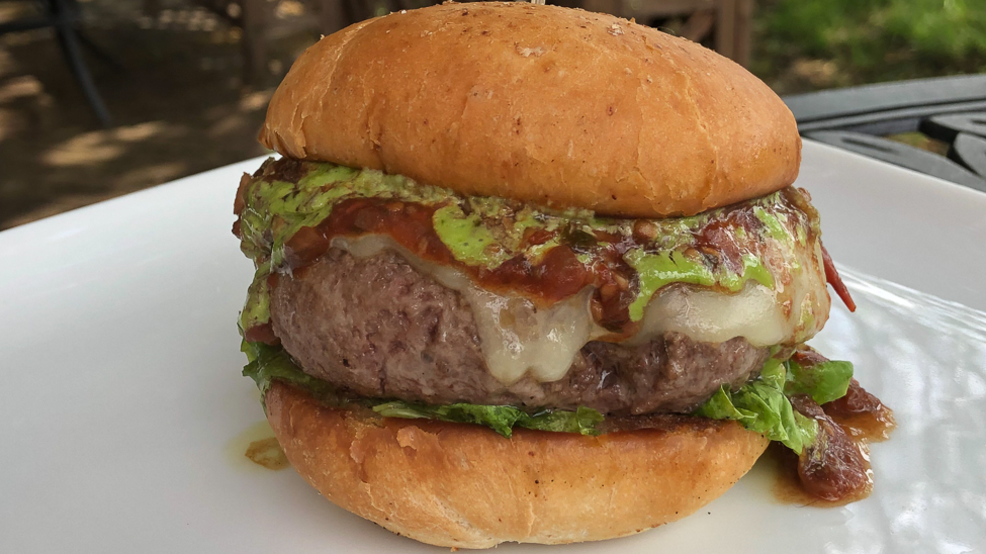 The Local Burger is made with Butler County ingredients. The bun is made by the Almond Sisters, the veggies are from 80 Acres, and the hamburger patty is sourced from Reserve Run Family Farm in Oxford. / Image courtesy of Community First Solutions // Published: 7.15.19
SEE MORE

If You Go The Coach House Tavern, Get This Secret Off-Menu Burger

There’s a new burger being served at The Coach House Tavern & Grille in Hamilton, but you won’t find it on the menu.

Instead, you’ve got to drop the name “The Local” to your waiter or waitress. And what makes it so unique you ask? Its ingredients are all locally sourced.

While many eateries have embraced the farm-to-table movement, The Coach House is taking the effort two steps further, said Chris Stout, head chef at the Berkeley Drive restaurant, once a membership-only establishment. New additions also include a three-tap beer system, exclusively dedicated to Municipal Brew Works beer, a Hamilton brewery located on High Street, while its dessert menu now features ice cream via The Village Parlor, which opened in January nearby.

Ice cream sales have already increased. And the beer? That was a no-brainer.

The Local Burger was born almost out of the blue. Stout was toying with different recipes and thought it would be fun to serve a burger that was all Butler County. The cracked wheat bun is made by the Almond Sisters, a bakery in the heart of downtown Hamilton. The veggies are all from 80 Acres, an indoor vertical farm, also downtown; the greens are dressed with a housemade lemon vinaigrette, and there’s a basil pesto mayonnaise and tomato compote. The star of the show, the hamburger patty, is sourced from Reserve Run Family Farm in Oxford.

(The burger also comes with optional provolone; it’s not made locally, but Stout is still working to find a local—or even Ohio-based—purveyor of cheese). The whole dish is served with French fries.

The staff has promoted the burger a few times on social media, and there’s a rotating burger special every Tuesday, but for now, it’s “kind of a secret menu item,” Stout said. So far, the reception has been positive.

But if you feel like sticking more to the tried and true, The Coach House also serves a 10-ounce pork chop ($22) topped with apple butter and served with butternut, roasted apples, baby kale from 80 Acres, and wild rice. It’s a recipe inspired by Stout’s grandmother. The quinoa-pomegranate salad ($12) is spinach, clementine and apple cider vinaigrette. And the pan-seared salmon ($20) is plated with oyster mushroom, leek, carrot, baby red potato, and parsley sauce.