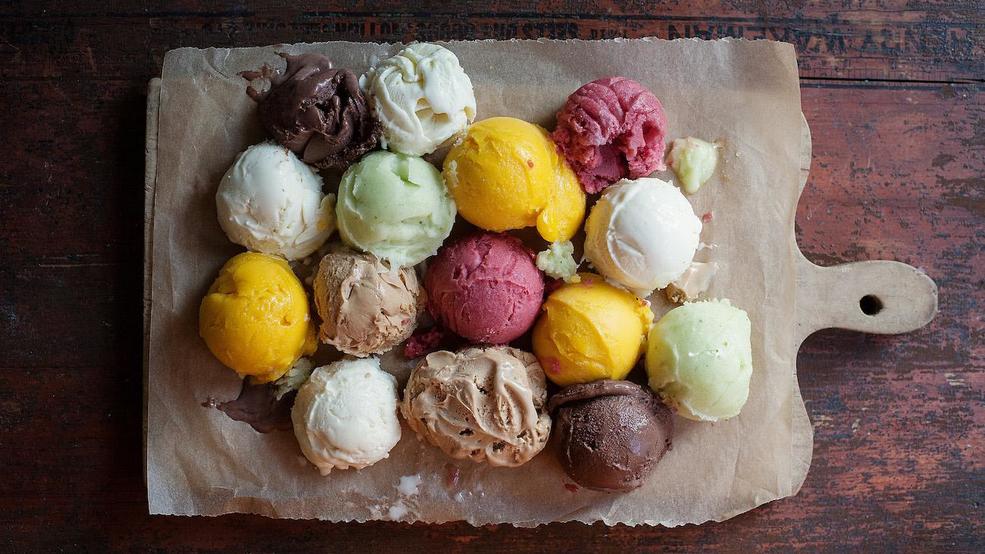 Cincinnati's Own Madisono's Offers an Array of Delicious Gelato

In a nondescript kitchen, behind a wine shop in Glendale, sweet things are afoot.

Madison, a former mushroom farmer and recreational rock climber, started the company in 2006. He named it Madisono’s to give it a tongue-in-cheek Italian flair.

It all started with some Italian cooking classes that Madison was teaching in Glendale, classes that sometimes included making the rich, dense, Italian treat.

“People from the classes kept coming back, asking for more gelato,” says Madison. “That’s when the light went off and I said, ‘I should really get into that.’ And in 2006, gelato was starting to get a lot of recognition, but wasn’t really mainstream at all.”

While they don’t sell directly to consumers, Madisono’s Gelato is distributed all over the Cincinnati area, as well as in select stores in Columbus, Dayton, Cleveland, Indianapolis, and Pittsburgh. Local outlets include Kroger, Whole Foods Market, Jungle Jim’s, and a variety of smaller specialty markets.

Madison even works with local chefs to devise specialty flavors designed to pair perfectly with their signature desserts. Their 15 restaurant partners include Forno Osteria & Bar, The Summit, Nada, Prima Vista, and Via Vita. A complete list of distributor partners and restaurants is available on their website, as well as recipes for sorbet cocktails, waffle ice cream sandwiches, and Valentine’s Day cake treats layered with gelato listed in their blog.

As Madison flips through his ledgers of recipes, he notes, “Once I’ve got the foundation of what I need, it isn’t hard to come up with something fresh and new. It’s a balance of flavor and texture and making sure that what flavor I want to come through, really comes through.”

Quickly, small plates are produced and a spontaneous tasting takes place. The Double Dark Chocolate Gelato is robust, creamy, and, true to its name, deliciously rich and dark. Madison says the Lemon Basil Sorbet tastes “just like summer,” and he’s right. Strawberry Lemon Sorbet achieves a great flavor compliment, as the two distinct tastes accentuate each other. Even pedestrian ‘vanilla’ is rich, complex, and delicious enough to elicit audible ‘Mmmm’s.

If you haven’t yet tried Cincinnati’s own gelato, make a point to seek it out this summer, this spring, or even right now.

Madisono's Gelato can be found at local grocery stores in Cincinnati, Dayton, and Columbus, as well as on the dessert menus of some local restaurants in the Tri-state.