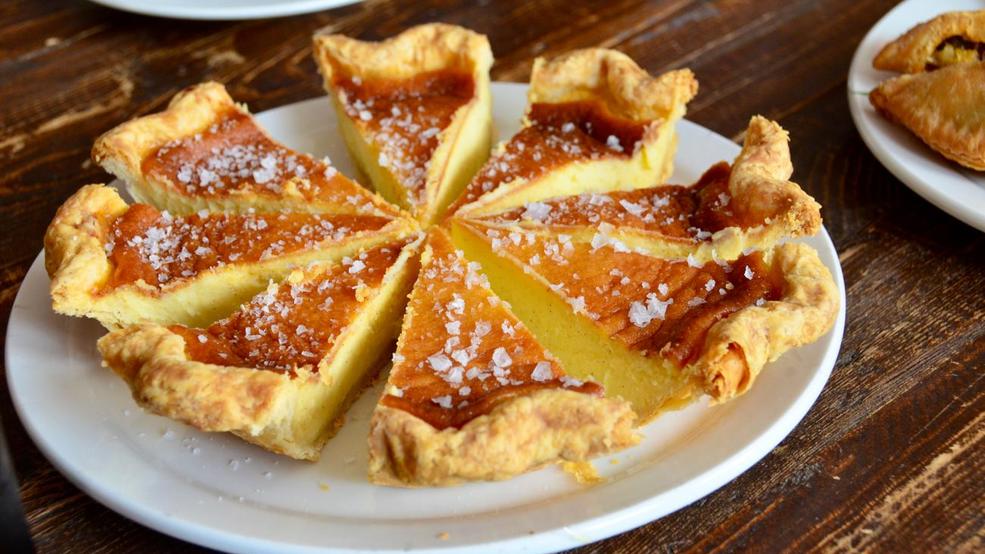 That was my response to a friend’s text of “How are you doing?” A couple of hours later I found myself swimming in a bowl of cereal. The beast was at bay. And that's what this story is all about, satiating the beast inside our bellies in a meaningful way.


So for those who prefer a progressive meal over a box of Special K...

Call Barb Cooper. She's in the business of creating joyful moments that revolve around food. In 2012, Cooper launched Cincinnati Food Tours. What began as a simple food tour of Findlay Market has expanded, over the course of the past six years, into a total of six tour options with seven guides on staff. (Note: Cooper handles 75-80% of the tours herself, but she does have other rockstar guides for when she is unavailable.)

Cooper started with a Findlay Tour because it was a place of great familiarity (i.e. the site of her primary business at the time—Daisy Mae's Market). She and her husband Barry opened the pop-up tent in 2009. A year later they moved the storefront inside to a building on Elder Street, where they operated the market until early 2017.

All the while, Cooper was building her food tour business. And it seems she's found her calling.

“I think we're at a point in society where people are starting to value experiences more than things," said Cooper. “And they’ve found that tours make great memories.” Truth.

The most popular tour is The Original Findlay Market Tour. It's ideal for those who want an entry-level experience into the concept of a food tour. At $25/person and a log time of 1.5 hours, it's quite palatable. Find out what’s shaking at Findlay without committing too much money or minutes in your day.

Wander Walnut Hills and possibly gain five pounds along the way. Totally worth it, though.

In May, I had the pleasure of experiencing the Wander Walnut Hills Tour, which is a more recent addition to the repertoire—first added in 2016, though it didn’t really get rolling until 2017. With so much development happening in Walnut Hills, this walking tour offers a fairly tangible look at this neighborhood in transition.

The stops included Fireside Pizza, Gomez Salsa, Just Q’in, O Pie O, and Myrtle’s Punch House. At each location, I indulged in a specially-prepared portion of food as a way to sample the restaurant's offerings. From pizza to Gomez "turtles" to brisket to pie to punch, the $55 price tag is surely a steal.

Our group of eight was perfectly sized. Just enough people to make it feel like we were a part of something cool—exclusive, even—but not so many that we were overwhelmed. This tour (typically scheduled for Saturday afternoons) takes three hours. We spent about 30-40 minutes at each stop, often getting the opportunity to converse with the restaurateur. It's in those moments... ones shared with Andrew Gomez of Gomez Salsa and Lou Ginocchio from O Pie O that make this sort of tour extra special. And, of course, there’s Cooper herself, who is utterly delightful, charming, and inspiring in how she’s fashioned this dream of hers into a reality.

To learn more about Cincinnati Food Tours, head to the website. And don’t forget to scroll back to the top to visit the photo gallery featuring the Wander Walnut Hills tour.