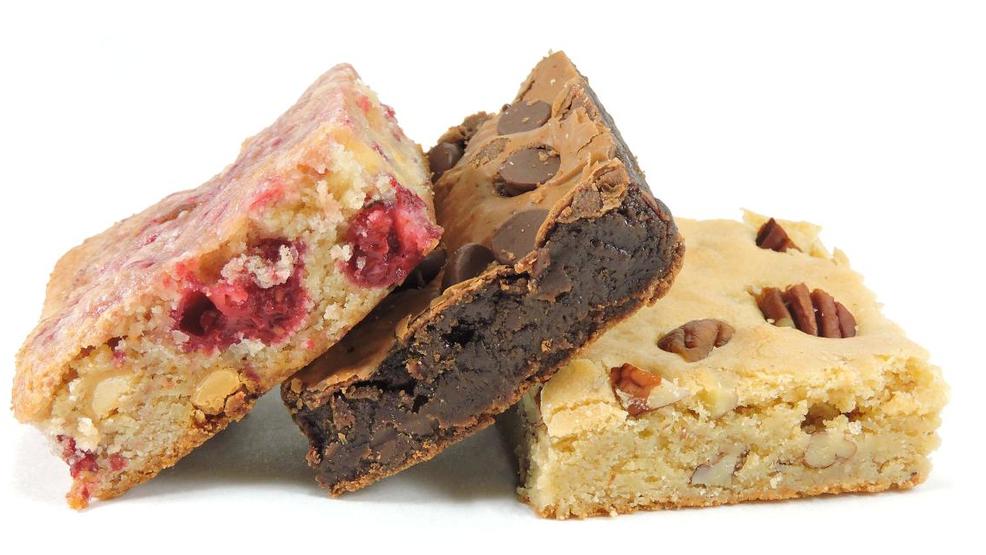 Buckabee Brownies Goes Beyond Chocolate When It Comes to Cocoa Confections

What’s the best part of a tray of brownies? The crispy edges or the chewy center? We only ask because Cincinnati now has its very own brownie and blondie-focused bakery!

Buckabee Brownies is a Blue Ash bakery run by married couple Miriam Spitz and Tom Kahan. Crafting brownies from flavor concepts not often seen in these treats, Buckabee uses top-of-the-line ingredients and their own recipes they’ve tested and perfected themselves.

“We really wanted to have a mix of all the different flavors, flavors people are used to—like nostalgic ones—and flavors that no one’s really ever heard of in a brownie. So our Oatmeal White Chocolate—that's something no one has ever tasted before,” says Miriam.

Buckabee offers nine flavors daily, including their ‘Square of the Day’ and a special seasonal flavor. They also have their own house blend coffee.

Specials throughout the week:

For the rest of spring, you can try Lemon Poppy Seed. Starting June 21, that'll be swapped out for the summer with Orange White Chocolate. In the fall, Pumpkin will be on the menu, followed by Peppermint in winter!

Amazing flavors like these don’t just happen; it took lots of hard work from Miriam and Tom, as well as their children, who they’ve enlisted as official Taste Testers.

Before Buckabee, Miriam and Tom both worked in the corporate world, but always knew they wanted to own a small business. ”We both wanted to do something that brought more joy to ourselves and others,” Miriam explains.

She said the idea to launch a brownie and blondie bakery came from her love of baking. She baked with her mother growing up, using a brownie recipe that had been handed down for generations. They launched Buckabee as a home bakery in 2018 and began crafting their own recipes, testing them hundreds of times to get them just right. After seeing success at the Montgomery Farmer’s Market and other events around the city—and seeing how excited people were about their creations—Miriam and Tom decided to take the leap and open a storefront.

And in case you were wondering where the name “Buckabee” comes from, Tom and Miriam’s 3-year-old son is the source of inspiration there. Miriam said while he was learning to talk, he would point to the brownies they were making and call them “buckabees.”

“It’s our heart and soul at the moment. We love what we do and we love that people enjoy eating our brownies,” Miriam says.

“When they taste them and their reactions—that’s always our joy,” adds Tom.