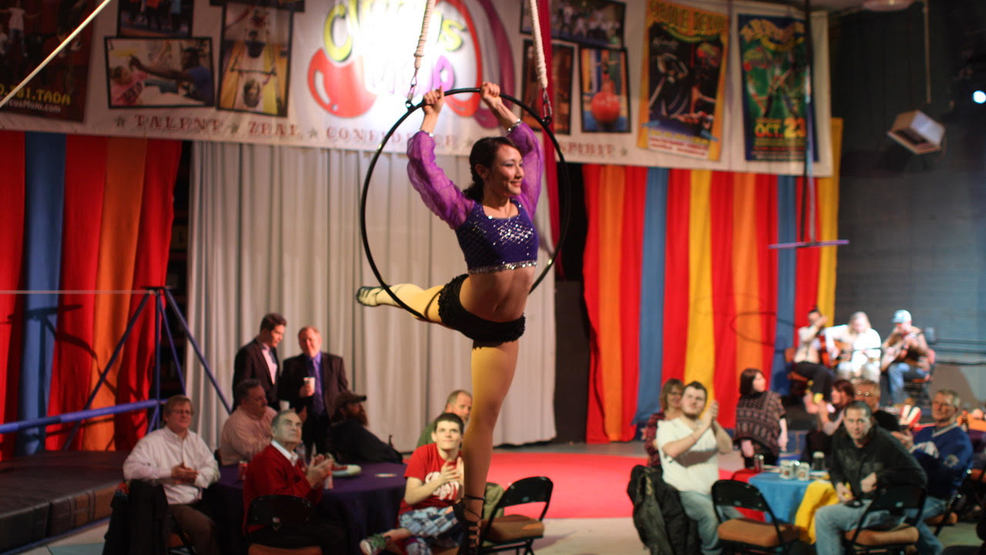 Bircus Brewery isn't a circus-themed brewery... it's circus-run. Former Ringling Brothers clown Paul Miller wanted a haven for circus performers and entertainers, so he and his troupe began brewing their own beer to fund their city-wide spreading of fun. The brewery features events and unique staff who are as comfortable pouring beer as they are balancing a barstool on their chin. ADDRESS: 322 Elm St, Ludlow, KY 41016 / Image courtesy of Bircus Brewery // Published: 2.15.18
SEE MORE

Welcome to Bircus Brewery: one-part brewery, one-part circus. Yes, you read that right it’s a circus brewery, and it’s just as magical as it sounds.

Normally, referring to a brewery as a circus staffed with clowns would be an insult, but it’s precisely what “Chief Goof Officer” Paul Miller had in mind for their expansive space just across the river in Ludlow, KY.

The former Ringling Brothers clown searched high and low for a space he could use as a haven for circus performers & entertainers. Once settled in an old Ludlow theater, they quickly began hosting all sorts of crazy events. From circus performances to concerts to amateur wrestling, it all found a home at the old Ludlow Theatre. The events were all huge hits, but Paul and his troupe grew tired of selling other folks’ beer.

Borrowing from an old Belgian circus-beer model, Bircus was born. The thrifty and ingenious group of clowns started assembling the pieces to create a top-notch beer, and now we can all enjoy the fruits of their wacky labor in their freshly-minted tap room.

When not serving beer in the tap room, the troupe, officially called “Circus Mojo,” is out and about doing good works like teaching seniors in nursing homes or kids at Cincinnati Children’s Hospital how to do clown tricks. The beer served at the Bircus taproom is just a practical way to fund their city-wide spreading of fun.

Their taproom features several Bircus brews on tap as well as free popcorn, along with hosts who are as likely to balance a barstool on their chin as they are to pour you a beer. If they’re not too busy, Miller or another staffer would be happy to show you the “brewery” space and maybe even drink a beer while rolling across the floor on a giant ball. You just never know when you’re drinking with clowns.

To stay in the loop for upcoming tappings and crazy events, follow along with Bircus on social media. If you’re looking to be a part of the fun, they’re also selling 500 shares of the brewery for $1,000 a piece. (Better hurry though, only 120 or so shares remain)

While the Ringling train may have rolled out of Cincinnati for the last time, you can still get your circus fix over the river in Ludlow with an excellent craft beer in hand at the Bircus Brewery.

NOTE: As of writing this article, the theatre is only open for special events (which you can find out about on Bircus' Facebook page) or by request. The taproom, however, has regular hours: Wednesday & Thursday from 4-9pm, Friday 4-10pm, Saturday 12-10pm, and Sunday 4-8pm.