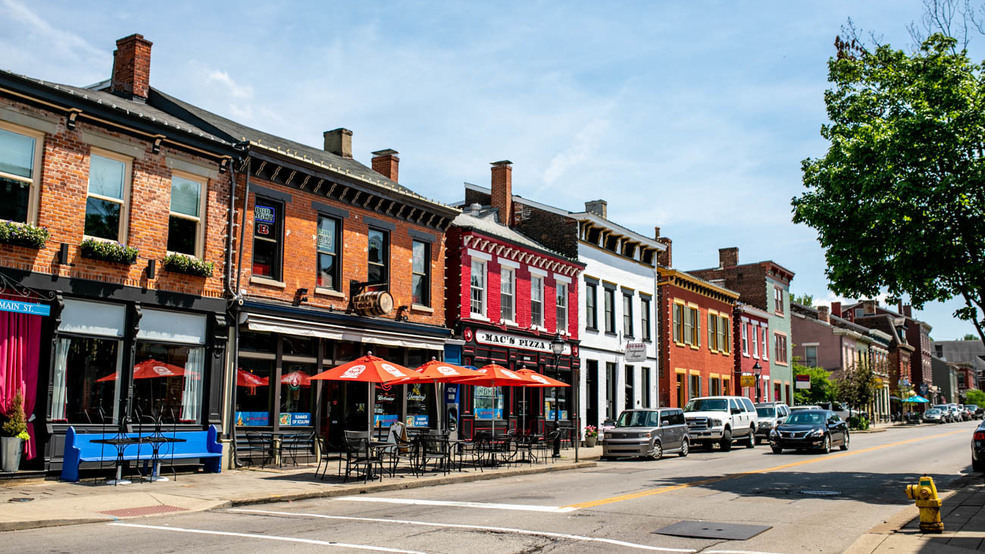 11 Vegan-Approved Local Restaurants You Should Try

I should probably start off by admitting that I’m not vegan, or even vegetarian. However, as I become more conscious of both my health and the environment, I find myself gravitating toward vegan restaurants more often, treating it like any other kind of cuisine; sometimes I crave Indian food, sometimes I want Thai, and sometimes I’m in the mood for a vegan meal.

So, as any self-respecting foodie would, I pestered the only vegan I know (my sister-in-law) to spill her secrets on the best spots in Cincinnati to find vegan dishes. Next time the urge strikes for vegan or vegetarian food in the Queen City, give these 11 vegan-approved restaurants a try!

Loving Hut is currently considered the fastest-growing vegan fast food chain in the world. Whether you’re a vegan or vegetarian, rest assured you can eat absolutely everything on the menu (yep, even the mac n’ cheese, buffalo chicken wrap, and chocolate cake) because it’s one of only two completely vegan restaurants in Cincinnati.

Happy Chicks Bakery is the second all-vegan establishment in Cincinnati. Stop by in the mornings for their vegan croissants and breakfast dishes, the latter of which, I’m told, is a rarity in the vegan world. Happy Chicks is so tasty, even my non-vegan sister-in-law was singing its praises saying, “This is my new favorite place for a post-Mt. Airy run breakfast and I'm not even vegan. The food is THAT good.”

*No meat on the menu

Amma’s is a vegetarian South Indian restaurant known for its dosas (thin rice crepes) and daily lunch buffet. On Wednesdays, the buffet is completely vegan.

*No meat on the menu

Brij Mohan serves North Indian cuisine and is 100% vegetarian with a few vegan options sprinkled in, too. Whatever you order, make sure to save some room for their authentic chaat (a crunchy Indian snack) and a sweet treat from their extensive selection of desserts.

*The rest of the restaurants on the tasty list feature meat, vegetarian, and vegan options (the trifecta) on their menus.

Most notable at Muse is their upscale atmosphere, making it a great place for a nice sit-down dinner on the weekend. If you find yourself craving a vegan maple parsnip cake with buttercream (who doesn’t?), this is the spot for you.

For something quick and easy during the week, Aladdin’s is your answer. This eatery began in Lakewood, Ohio and now has locations across four states. Expect healthy Lebanese-American options like hummus tabouli rolled pitas, steamed lentils with brown rice, and vegetarian chili. Aladdin's also has locations in Hyde Park and West Chester.

Many would attest that Mazunte has some of the best Mexican food in the area. Owner Josh Wamsley lived and worked in Oaxaca for 10 months to learn the secrets of Mexican cuisine and perfect his menu. Their tacos and unlimited salsa bar are the stars of the show, and the veggie option makes it easy to transform almost every dish into a vegetarian or vegan-friendly meal.

Keep Allyn’s in mind for the weekends because three of the seven items on their Sunday brunch menu are vegan. Or taste-test the chili, jambalaya, jackfruit BBQ, and Mardi Gras pasta (all vegan, and all made with local and responsibly-sourced ingredients) from their eclectic Cajun menu any day of the week.

Sleepy Bee serves locally-sourced food while showcasing local artists at their three Cincinnati locations (Downtown, Blue Ash, and Oakley). Vegetarians can start their day here with the cafe’s famous pancakes, and vegans can fill up on the vegan mushroom “bacon” sandwich or the Sweet Bee quinoa bowl.

Yep, I’m rounding out this list of some of the best vegan and vegetarian restaurants in Cincinnati with a steakhouse. Owners Avner and Karen Chriqui merged it with Kinneret Cafe, their vegetarian restaurant, so this Kosher-certified Israeli/Jewish/American fusion spot has no problem serving up vegan schnitzel, vegan shawarma, veggie burgers, falafel, hummus, and baba ghanoush alongside their hearty steak and kabob plates.