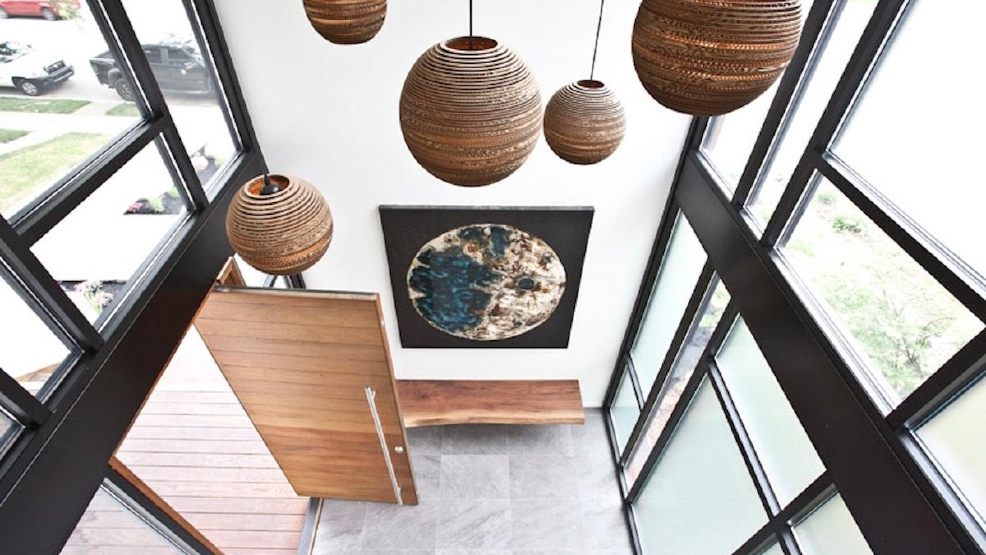 This modern beauty was brought to market by the Finn Team, a Cincinnati-based real estate group with a portfolio of similarly beautiful homes around town. Mariah Carey chose to use it as a primary set piece in her directorial debut "A Christmas Melody" which will premiere on the Hallmark Channel December 19th / Image courtesy of the Finn Team.
SEE MORE

Like the look of this modern masterpiece? We do too.

What's not to like? Brought to market by the experienced realtors at the Finn Team, this Hyde Park home is a 4,200 sq.-ft. slice of heaven.

Carey was in Cincinnati a few months ago filming her directorial debut A Christmas Melody, which will premiere on the Hallmark Channel at 8 p.m. on December 19, 2015. If you watch the movie, you might notice that this is the Los Angeles house that the one the main character lives in and leaves at the start of the movie.

Lead Female (Lacey Chabert of "Mean Girls" fame) returns to her hometown, where her daughter stars in the extra-important Snowflake Pageant under the direction of Old Flame (Brennan Elliott), the school's music teacher. Ready, set, conflict!

Carey tweaked her 2010 hit "Oh Santa" specifically for the movie (which means you'll probably be hearing it on the radio any day now). She acts in the film in addition to serving as its director, though she turned down the role of the movie's respected school principal to play an officious PTA mom.

The home worked perfectly as the L.A. set piece in Carey's film due to its contemporary styling.

Located at 2872 Erie Avenue, the home is a platinum LEED remodel. That means it's as green as a house can be.

The Other Important Stuff

Custom built by Bronzie Design + Build, the home is an obvious example of innovative design.

Check out all the fantastic benefits of the home's green design and features here.

A Christmas Melody will premiere on the Hallmark Channel at 8 p.m. on December 19, 2015.

The home at 2872 Erie Avenue is marketed by the Finn Team. For more information on it as well as other homes on the market, visit their website.