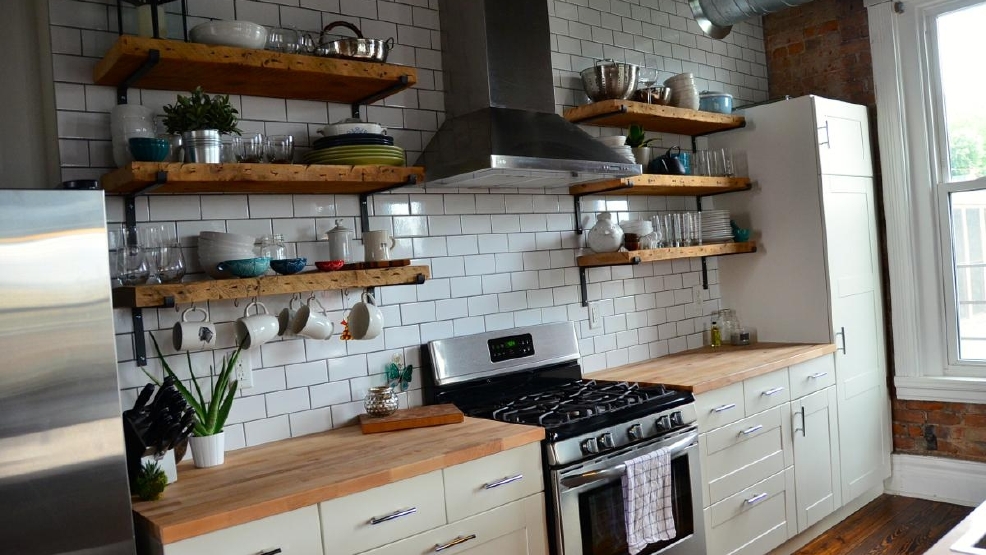 Jessie Deye purchased and then renovated a 135-year-old building in OTR, turning the top two levels into her personal condo. This is her home. Isn't it awesome? [Image: Leah Zipperstein / Cincinnati Refined]
SEE MORE

This Girl Bought a Building & Turned It Into Her Dream Condo

Cincinnati is full of beautiful buildings.

Just find Cincy's version of Ted Mosby (i.e. an architect jazzed to the max about the style and history of the city's buildings) and you'll be stuck downing Penicillin (it's okay, it's one of Sundry & Vice's classic cocktails) whilst learning about Italianate bracketed cornices all night long.

It'll be interesting. Until it's boring. Until you have another drink. ... And then it'll be really interesting again. Or, at that point, you just won't care.

Of course, in a city that has a bunch of beautiful, historic buildings, the flip side to the story is that some (in fact, many) of them have fallen into a state of disrepair/ depression. All they need is love. All they need is Shallow Hal's motivational speaker friend, Anthony Robbins, to see the goddess within. In Cincinnati, though, this uplifting character doesn't come in the form of a 6'7" gentle giant. It comes as a 5'6" petite blonde with a bubbly personality.

Jessie Deye grew up in Cincinnati. She recalls coming to OTR as a child and volunteering at a soup kitchen. Even though she went to school at UC, there was a part of her that thought she'd leave. But instead of doing the boomerang thing (i.e. leave and come back) that so many Cincy kids have done -- she stayed.

"I will be the first to say I was a doubter when friends purchased condos on Vine Street in 2008," Deye said. "They had a vision. And it ignited a flame that has since grown into a fire whose story is spreading across our city and nation. I'm not a trailblazer, but in some small way, I knew I wanted to be a bigger part of it. My home is how I made that happen."

Deye's dream was to purchase the runt of the litter in OTR, a building that had fallen on poor times, multiplied by hard times, compounded by the worst hangover headache a person could get. Fate had slightly different plans.

"I decided to settle with a home that wasn't falling down, but was just really ugly," she explained. This building is located on Liberty, near the corner of Sycamore. A classic Italianate built in 1880, the structure was originally intended as a three-story, three-family home. In the mid-20th century, the attic was converted, creating a fourth story, which is now part of Deye's unit.

After seven months of renovating, Deye's newly created 2br/2ba condo was complete. Gone were the tiny rooms and wasted space. Gone was part of the roof. (It's cool. She cut it open to put in a deck with a gorgeous view of Downtown Cincy.) The interior has that perfect mix of industrial & raw, mixed with softness & warmth. "I wanted to create a space for building community and hosting friends," she said.

And to think she's never done this before. But that's why it's important to have a vision. To see beyond the dust and debris. To know that the end might not exactly be in sight but if you keep striving for it, the narrative will eventually unfold.

She recently left a comfortable consulting gig to become the CEO of a startup with her two incredibly driven friends. "It is/was a huge risk, but I had just proven to myself that big risks reap big rewards, so I went for it."

Gild Collective offers in-home craft parties with curated supply kits and instruction. The company is in the current Brandery Class.

That totally explains why her home has such a cute, crafty vibe going on. From the vintage wooden dresser that she turned into a dual dresser/ head board to the shelving in the living room made from gas piping to the vintage barber chairs she scored, there's a lot going on. But it works.

Head back to the top of the page to peruse the gallery and take a peek inside.


If you wanna learn more about Gild Collective, head on over to the website. Your next "girls' night craft party" is waiting.