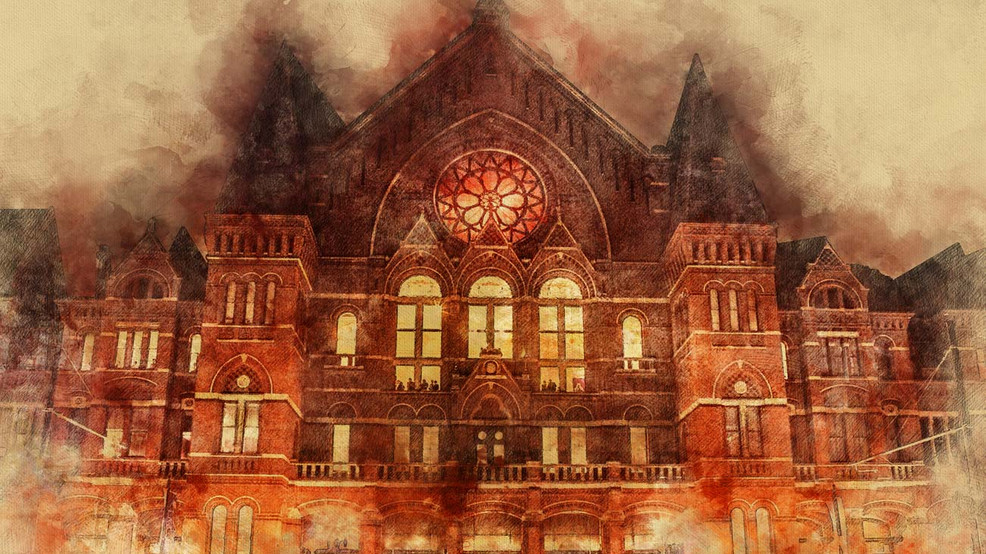 Graphic designers seemed like modern day da Vincis to me. They were the visual people with the patrons. They got to be the thinkers and the makers, and their work seemed to have the greatest impact. -Sean Foster / Image courtesy of Sean Foster // Published: 6.16.20
SEE MORE

After visiting Cincinnati in 2012 and moving here just a year later, Sean Foster didn't wait long to start leaving his artistic mark on the Queen City. He brought with him a passion for painting, writing, and graphic design. His local endeavors include participating in numerous art shows and working with various brands, schools, and even a few ministries. Sean has also been a featured poet at Chase Public and the Word of Mouth series at MOTR. His latest roles include brand designing for a local startup HOMEE and running his freelance business, fosterious, where he focuses on branding and web design, especially for nonprofits.

If you follow him on Instagram (linked below), you’ll find pieces of his #the100dayproject series that feature some of his favorite watercolors based on his photography around Cincinnati—his second favorite subject to capture (#1 being people). His style caught our eye and made us want to learn more about the artist behind the paintings.

Cincinnati Refined: What is your medium of choice, and can you tell me about your process behind it?

Sean Foster: I don’t really have a medium of choice, but if I could make a good living painting, that would be very hard to turn down. I always start with photographs. There is something to the detail captured, the immediacy of a moment, the light. Making and editing these images often pull me to want to finish with a painting or a collage—to portray this immediacy on canvas more permanently. I am interested in media that crosses and blurs boundaries, adding complexity through cross-processes or mixing analog and digital. I am very fascinated by making digital art more analog, more permanent, more appealing to the average viewer.

CR: How did you get into graphic design?

SF: I was originally interested in becoming a writer and a filmmaker, but took a computer graphics class on a whim. It was the final semester of my AA (Associates in Arts degree), and I fell completely in love. The professor described graphic design as the business of visual communication. He explained graphic design’s roots in politics, social justice, and language. Graphic designers seemed like modern-day da Vincis to me. They were the visual people with the patrons. They got to be the thinkers and the makers, and their work seemed to have the greatest impact.

CR: Can you tell me about some of your experiences in the graphic design field?

SF: I began my design career with Lamar Outdoor in Pensacola. It was an incredible experience, and I will be forever grateful. Billboards are still one of my favorite commercial [media] to work within. My boss and the team I was a part of were incredible creatives and human beings.

When I moved to Cincinnati, I quickly came into contact with ArtWorks and Creatives On Call. Meeting Tamara Harkavy opened my eyes to the complexity of living in and being an artist in Cincinnati. She changed my life and my views like she has many others, but she also believed in me. When I met April Koenig, I was welcomed like a family member into a strange city of which I knew little about business-wise. She connected me with Franciscan Media, where I eventually became art director. Although I am not a religious person, I was raised Catholic. I never knew about or understood the reach of the Friars, but I was grateful to help them with publishing, a rebrand, a website, their videos, an app, their social media, and to reach a younger audience while there.

Since I began working in design, I’ve worked for brands big and small—Presi Menswear, the Sarah Center, the University of Dayton, Xavier University, ArtWorks, Dynamic Catholic, Sapient, US Bank, Givaudan, and many others you probably would never hear about.

CR: When it comes to your art, which of your pieces is your favorite and why?

SF: This question is always like picking a favorite child! I’m not sure I have one. With my current series, my favorite pieces usually revolve around intersections. Cincinnati has a plethora of extremely interesting overlaps and intersections—of culture, streets, commercial and residential architecture, business and community, people and structure, place, meaning.

CR: When you aren’t painting or designing, what are you most likely doing?

SF: My wife and I love to cook and travel. I cooked my way through art school at SCAD (Savannah College of Art and Design)—I still feel the pull to open a food truck whenever I grill out in summer. Melissa is just superior at most things, but an incredible cook. We have a two-month-old puppy, Findlay (yes, she’s named after the market), and a two-year-old daughter, June. We love to be outside as much as possible, especially in the woods, in the mountains, or close to the sea if we can swing it. We love to eat out when we can, especially at Blue Jay and Zip’s.

CR: Let’s not forget your poetry and photography side, too. How do those interests play a part in your life?

SF: Photography and poetry both have played a huge part in my life. [In the] two years that I’ve lived in Cincinnati, I’ve written every day. My second of the three of #the100dayproject was some of my images of OTR. I normally have a camera when I leave the house, and I usually have at least one notebook handy in case the words come. Of late, with a two-year-old and a puppy, the camera tends to dominate my creative life as family becomes more and more important.

CR: What advice or tips do you have for aspiring artists?

SF: Always make. Even when it gets hard. Even when you don’t feel like it. Make something. Save it for later. Don’t show it now. Make mistakes. Join groups that are making together. Do not sit still. Do not be afraid to ask for a favor or a commission. Find one thing you are really good at making. And make a whole bunch of them. Repeat.

You can DM Sean on his Instagram (@fosterious) for collabs, purchases, commissions, or to “just talk about art or life.” Visit his website and society6 page to see more of his works, as well.