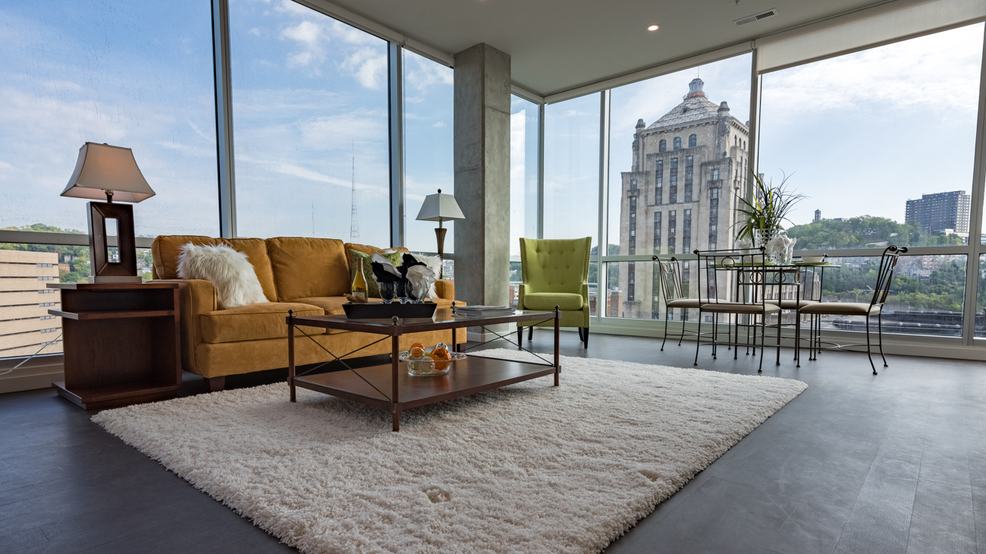 You may have noticed a colossal color-changing chameleon on the east side of Downtown. That's Encore Urban Living, the city's only color-changing skyscraper at the corner of 8th and Sycamore. It has 133 apartments throughout three distinct levels:

The 6th floor (that Plaza Level with the pool) also has a workout room, yoga studio, and a massive community room that looks west toward Piatt Park and City Hall. Just imagine the sunsets residents will get to see from that vantage point from behind those floor-to-ceiling glass windows.

But let’s briefly go back to the fact that this building actually changes color. Its exterior is outfitted with something called KolorShift panels which produce a different hue depending on a person’s line of sight in relation to the sun. It’s a unique way to switch up the look of a massive structure like Encore and does well to bring attention to it.

Truth be told, Encore is an urban chameleon that does a terrible job of camouflaging itself by stealing the spotlight of the buildings around it. So much so that it actually manages to even outshine Seven at Broadway, which was finished in 2015 by the same professionals behind Encore. Architect John Senhauser and General Contractor Al Neyer reprised their roles to construct Encore at the corner of 8th and Sycamore Streets.

This place is truly remarkable. If you don’t believe me, have a look for yourself in the gallery above.

Encore Urban Living is currently renting apartments. It is located at 716 Sycamore Street (45202).