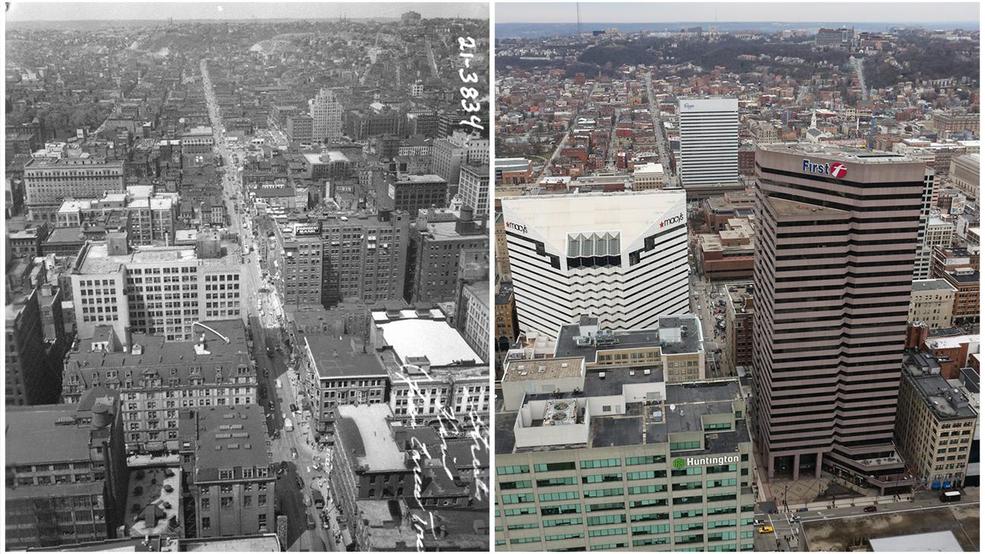 Two wonderful friends gave me a gift awhile back. As a photographer and proud Cincinnatian, I really appreciated the softcover book published by the Cincinnati Historical Society in 1989. I had never heard the name in the title of The Photography of Paul Briol: A Centennial Tribute before, but I was familiar with a lot of the imagery: steam engines spewing black smoke behind Union Terminal, the sun cutting across civic landmarks, and the city skyline framed by a bridge demolished decades ago.

I had seen snippets of Paul Briol’s work before, but I knew nothing about the man himself. In a way, Mr. Briol was like Cincinnati’s homegrown version of the iconic Farm Security Administration—the group of talented photographers who documented the United States from the Great Depression through the Second World War. He operated in a similar era, used similar cameras, and approached subjects in similar fashion.

His work, though, focused solely on the Queen City, which he called home. Odds are that if you study his work or browse the Cincinnati Museum Center’s archives, you’ll come across several images you’ve seen before. Briol captured Cincinnati at a crucial time in the local landscape’s evolving history. There was always a man behind the camera, though.

In this gift of a book, his daughter peels back the curtain a bit and shares who Paul, the son of Swiss immigrants, really was: “An unusual, loving, and exciting father” who read bedtime stories to her while growing up in College Hill. The man wore a beret and puffed on a pipe, met his wife through the local Episcopal Church, served as an Enquirer photographer/columnist, and even managed a book store for a time.

A socialite and prominent figure in cultural circles, Briol’s talents became well-regarded with the publication of City of Rivers and Hills in 1925. When the Great Depression began, though, Briol lost the book business and began his own photographic outfit. While his wife provided financial stability through the nursery school she founded, Paul set out to create “photographs that are pictures.” Briol had been capturing the city and its people at their finest and honest angles for years and continued to do so for years to come.

He saw the city’s buildings, documented the construction of ambitious projects, and captured people in their daily routines and careers. He sought to show a true reflection of the world around him, rather than a touched up, glamorized version. His work, simply put, is iconic—a true reflection of history.

Lacking a car initially, Briol traversed Cincinnati and its hills via streetcars, lugging his cameras along with him. Once he had his own personal vehicle, he fended off a mugger who tried to steal it. Automobiles would play another crucial part in his life later on when Briol was severely injured in a head-on collision with a Greyhound Bus outside of Mason, Ohio on Route 42 in 1950. He never fully recovered, and his Downtown photo studio closed in 1955. Paul eventually passed away in 1969.

The photographs in the attached gallery are a pursuit to briefly walk in Briol’s footsteps and provide a glimpse of the modern version of his compositions, merely a first shot at trying to understand a celebrated artisan beyond staring into his self-portrait or browsing the words of his biography. To understand and truly appreciate Paul Briol, one must continue to go further beyond the beautiful, celebrated work he left us and try to see what he viewed through his lens all those years ago.