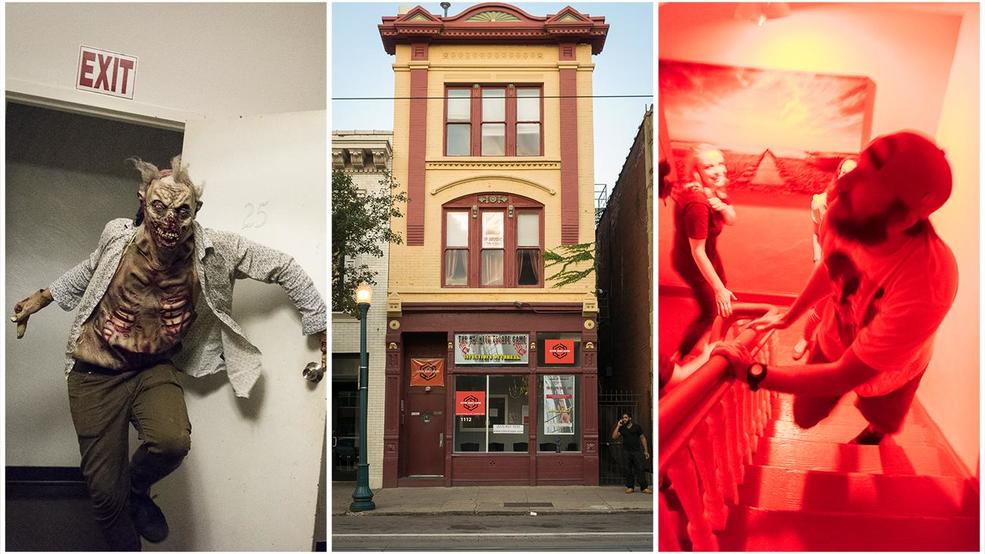 OTR Escape gives escape game enthusiasts the chance to try their hand at two different challenges—one involving a bank robbery and another involving a man who can stop time. During the month of October (and up to November 4th), players can do the Haunted Escape Game, which includes two floors and several rooms of spookiness, brain-teasers, and actors. More rooms are promised in the future, too, so returning to OTR Escape will remain a fresh experience. ADDRESS: 1112 Race Street (45202) / Image: Phil Armstrong, Cincinnati Refined // Published: 10.10.18
SEE MORE

OTR Escape is the latest to join the plethora of escape games across Cincinnati.

If you're unfamiliar with what an escape game is, the concept is simple— you enter a room and use clues in the environment to find your way back out within an hour. While that sounds easy enough, the game itself isn't. Seemingly disconnected pieces of information subtly add up to answers when studied carefully, leading you to more clues that promise a way out. Finding those connections is the tricky part.

And OTR Escape is just that: tricky. Our team of five people did the Bank Robbery room, but failed to make it out within the allotted hour we were given. While I wouldn't consider us escape room dummies, the game definitely bested us. It is, for lack of a better description, ideal for seasoned escape room veterans and a challenge for amateurs like us.

The scenario went like this: you're going through a rough patch in life and find yourself in a bar. You strike up a conversation with a guy named Jake and tell him about your money troubles. He says he's a professional bank robber and offers you the chance to help him steal a diamond from the (fictional) OTR Bank & Savings. You agree, and on the day of the heist, Jake unexpectedly bails. You're left with only your wits (and, you know, the other people in the room) to find the diamond alone.

Moral of the story? Never trust a Jake at the saloon.

The game was fun despite our failure. We still got out, albeit a couple of minutes past the timer. If you're like us and want a second chance to redeem yourself, there's another, slightly easier room called The Looper available.

But, if you really want something unique, you can experience OTR Escape's Haunted Escape Game during the month of October (and up to November 4th), which has 100% less flaky Jake and 100% more zombies.

The two floors of puzzles feature actors who set the scene for you. An outbreak of zombies leads you into a house that's suffering an infestation of its own, and it's your job to find the cure for the infected parties. Just beware of what's around you...

I don't want to spoil the surprise of this particular scenario, so I'll only say it's decidedly stronger in production value than the Bank Robbery room and more thrilling. It combines the elements of an escape game with the horrors of a haunted house. If you're not into haunted houses, however, the haunted game may not be up your alley. It doesn't take an escape room veteran to figure out why.

Lest you think we left 0-2, we solved that room and found the cure to zombie-ism. That's right—OTR Escape taught us a valuable lesson about ourselves that night: we're better disease-curers than we are diamond thieves. And that's just fine with us.