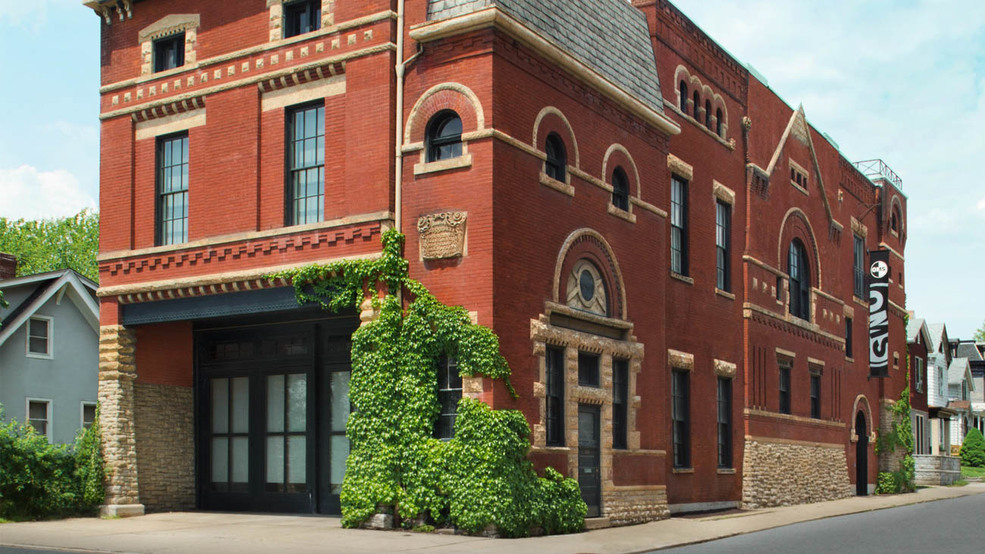 You can visit OMSphoto.com to book your next high-end shoot. / Image courtesy of OMS Photo // Published: 9.4.19
SEE MORE

Advertising is everywhere, from magazines in your dentist's office to your personal Instagram feed. Some of it is easy to ignore and forget within seconds. Other ads are eye-catching, powerful, and lure you in with their attention to detail or unique presentation.

The latter is an advertiser's dream. To achieve that dream, they to turn to top-notch studios to bring their concepts to reality—studios like OMS Photo located right here in town.

Started in 1989 by three photographers with the last name initials O, M, and S, the studio initially set up shop on Central Parkway. They worked with film and printed proofs, and worked without a team of retouchers, according to Jacob Meyer, OMS' director of marketing.

Since they were centrally located downtown, they were able to establish relationships early on with P&G and many other local, creative agencies. In 2007, they made the move to their current location, a beautiful former Northside fire station from the 1890s that was the last of its kind in Cincinnati to have engines drawn by horses.

"When we took it over we made many major renovations, completely revamping each floor to have a shooting space, a kitchen, and flexible client areas. Since then we’ve done a second total renovation of the first floor and small things here and there," Meyer says. "We are really proud of the building and spaces today. It’s unlike anything in Cincinnati."

TJ Vissing, who became a partner in OMS in 1996 after working his way up from an assistant, loves not only the studio, but the people he works with as well.

"Having the support of our team raises all of us up," he says. "I am especially glad to have the influence of younger shooters, retouchers, technical experts, and a great production staff. It takes a lot of effort to pull together the shoots we do every day. I would not be able to do it alone."

The imaging company has created works for big brands like Hershey’s, Starbucks, Kroger, and GE.

"The talented people it takes to pull off a shoot is usually a surprise," Vissing says. "When you see a burger shot in a restaurant, there is a team of people sometimes ten-deep making sure that shot tells the story that you see."

"Everyone’s needs are different, but with seven photographers, three retouchers, producers, and the team behind the scenes, we can shoot a wide range of photography," Meyer says. "From there, our production staff [will] find out everything about your photography needs. We’ll define the number of photos, environments, props, models, locations, and whatever else your images require, [then] our producer will pair you with one of our shooters, based on who we believe is the best fit for the project."

Aside from commercial food and products, OMS also captures a variety of subjects in their photos and videos including outdoor activities, human (and animal) portraits, architecture, and other corporate and lifestyle themes.

So the next time you look at that colorful, alluring, image in a magazine, billboard, or website, remember that it may have been created right around the corner.