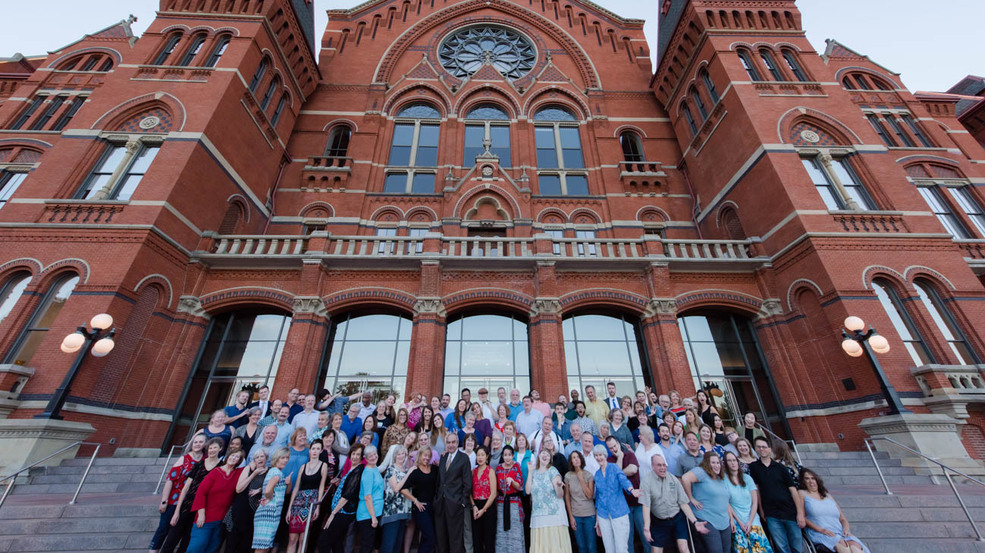 The 2019 May Festival has something for everyone. Whether you want to experience the U.S. premiere of contemporary compositions, enjoy classic choral repertoire, or are interested in seeing a unique community concert, the annual May Festival is a cultural experience that’s been celebrating the arts for over 100 years. Be sure to check out the lineup for this year's six-concert festival that will take place May 17-25 at Music Hall and other venues around the city, with extra festival events commencing May 7. Season ticket packages include two to four Music Hall performances starting at $27. / Image courtesy of the May Festival // Published: 5.8.19
SEE MORE

Cincinnati's cultural arts scene in the modern age is incredibly strong, with arts organizations that are over a hundred years old, incredible partnerships across the city, and innovative programming that draws in new audiences every year. It’s safe to say we’re immensely fortunate to be immersed in the arts.

However, how did this culture start? Which organizations have been here the longest? One answer is the Cincinnati May Festival—the longest standing choral festival in the Western Hemisphere, and a big reason Music Hall was erected.

The first May Festival was held in Saengerfest Hall, was so loud, no one could hear it. Reuben Springer, a wealthy patron and railroad tycoon at the show, decided that because of the hall's cramped conditions and reliance on the clear weather conditions, a new building needed to replace it. He offered up $125,000 of his own money to create a matching fund to construct what we know today as Music Hall.

By the 1878 May Festival, Music Hall had become the new forever-home of the May Festival where it continues to be held today.

130 world-class choir members from our community take the stage every year with over 40,000 collective rehearsal and performance hours between them, and alongside a youth chorus and community choruses who join in the fun. While the audience sees a talented choir, behind the scenes is a staff of artistic administrators, directors, storytellers, and librarians who make all of the music enjoyable.

This year, May Festival is taking place May 17-25 (with festival extras beginning May 7) and focuses on the theme of existence, and what happens after life. The six-concert festival includes unique programs in and outside of Music Hall and follows themes of destiny, immortality, and more. Performances in 2019 include Brahms' Schicksalslied, James MacMillan’s Seven Last Words from the Cross, Mahler’s Das Klagende Lied, and others. Alongside the concerts will be spectacular collaborative events featuring Roomful of Teeth, James MacMillan as May Festival Creative Partner, the Vocal Arts Ensemble (VAE), and a free community event.

For more information and tickets for this year's May Festival, go to the event’s website or visit its Facebook for updates.

You can also listen to 'The City That Sings' episode of the Fanfare Cincinnati Podcast to hear Principal Conductor Juanjo Mena and Associate Director of Choruses & Director of Youth Chorus, Matthew Swanson talk more about this year's festival.