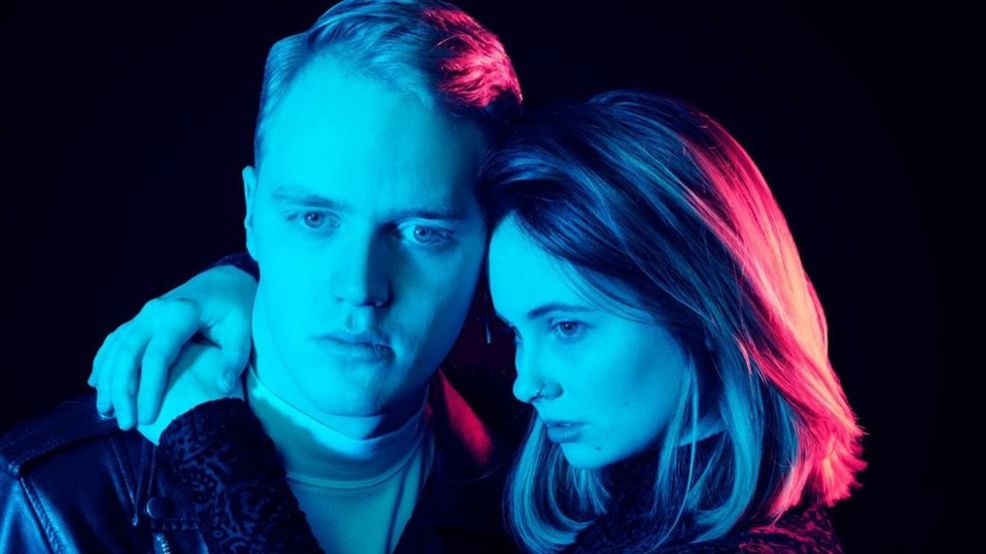 Christian Gough has been writing songs since he was a teenager. He has two bands, one of which is the super fun and dancy synth-pop act Moonbeau (with his wife, Claire Gough). / Image: Jeff Lyon, courtesy of the artist // Published: 3.30.20
SEE MORE

A List of Awesome Local Musicians You Should Stream Today

Cincinnati’s music scene is filled with many talented artists, making it one of the best places in the country to discover new music. But venues and live shows have been shut down and silenced, forcing many local artists to cancel their spring tours. This is a hard hit for a working musician.

But guess what? We can still help our local scene by streaming music and buying merch! It’s a win-win: You get entertainment, they get support. Here’s a list (by no means definitive—seriously—the Queen City is home to actual hundreds of talented acts!) of some who you can listen to right now.

Blossom Hall are Nancy Paraskevopoulos and Phillip Cotter, and they have at least five releases up on Bandcamp, including an amazing Pixies tribute. I love their inventive lyrics and lush harmonies. Their bio: “Blossom Hall’s surreal, harmony-rich indie rock has drawn comparisons to the Pixies, Dirty Projectors, and Alabama Shakes. The dual vocals of Nancy Paraskevopoulos (bass) and Phil Cotter (guitar) are enveloped with clever art-pop arrangements and grounded by precise, bombastic drumming.”

Curt Kiser is the force behind Carriers, one of the best indie rock bands anywhere right now, not just Cincinnati. We’re super lucky they call our city home. If you like The War on Drugs, Kurt Vile, Real Estate, or Phosphorescent, you will majorly dig Carriers. Put their latest Now Is The Time For Loving Me, Yourself & Everyone Else (Good Eye Records) on repeat.

Christian Gough: Moonbeau and The Yugos

Christian Gough has been writing songs since he was a teenager. He has two bands: the super fun and dancy synth-pop act Moonbeau (with Claire Gough, his wife) and the Yugos (with Jordin Goff, his brother, and Jackson Deal). The Yugos are ‘80s New Wave throwbacks in the best possible way. High energy, their live shows are legendary. If you like New Order, The Drums, Tears for Fears, or the Thompson Twins you will love this music. It is physically impossible to be in a bad mood when listening to either band!

Freedom Nicole Moore has a voice like warm honey. When she sings, it soothes the soul. Her latest album with her band, The Electric Moon (Alessandro Corona and Chase Watkins), just released this month. Green Grass Grows is groove-heavy, soulful, chill, and lovely. If you love artists like Erykah Badu or Jill Scott, you are going to want to listen to this magic music.

Gabe Molnar and Emmie Bishop are two extremely talented local musicians who also happen to be husband and wife. Molnar’s current project is the alt-rock band Disaster Class and Bishop is writing and performing these days as a solo artist. The band they formed together, Little Lights, is still one of my favorites. Disaster Class includes Jacob Levin, Steve Wethington and Nic Powers.

Jaki Howser is the powerhouse performer behind power-pop act MADQUEEN (yes, it’s all caps—when you listen, you’ll know why). Howser writes the songs, and then, incredibly, plays drums and sings at the same time. Each performance is like a sprint run while singing opera. No joke. The songs are super catchy, too. Listen once, and they’ll be in your head for days.

Howser also performs with local bands like Young Heirlooms, Bi, and every Sunday you can catch her drumming Christ’s Church. She played drums on Christon Gray’s forthcoming single as well—she stays busy!

Kid ESP (Ethan Rankin, Jake Motz, Roland De Blasio, Anthony Stolz, Jackson Deal) are a Post-Punk/New Wave band. If you like groups like Joy Division, Orange Juice, or Haircut 100, you are so going to get into Kid ESP. Swirly guitars, synths, dancy beats—they have it all.

Lung are the rock duo Kate Wakefield (vocals, electric cello) and Daisy Caplan (drums). How do two players get this much sound?!? Wakefield makes the cello a wild, raw, rock instrument. And her vocals are pure power. Caplan is one of the best drummers behind a kit anywhere, not just Cincinnati. They’ve played with acts like Le Butcherettes, Brainiac, Shellshag, and Clap Your Hands Say Yeah. If you get into grunge, you’re gonna get into this band.

Drummer Shawn Elsbernd has played with everyone from The Naked Karate Girls to The Bluebirds to Leroy Ellington to the Ringling Brothers, Barnum & Bailey Circus band. He’s also a talented jazz musician and a music instructor. His latest solo work is the electronic concept album Dead Mall. If you dig bands like Zero 7 or Portishead, you will dig this record.

When you just want to get your face melted off by some heavy rock and roll, there’s Siren Suit. This three-piece is made up of Dave Cupp, Kyle Knapp, and Matt Retherford. If you like stuff like the Melvins, Jesus Lizard, Fugazi, or Motörhead, you are gonna wanna check out this band. They have two albums up on Bandcamp right now. Apologize to your neighbors in advance because it’s gonna get LOUD.

Slow Glows are a three-piece indie rock band, made up of Kelli Redding, Ian Gorby, and Rachel Kae Thode. Calling to mind bands like My Bloody Valentine, Galaxie 500, and the Velvet Underground, their swirly guitars and ethereal vocals really take your mind off things—which we could all use a lot of these days. This band has so much potential and I cannot wait to see where they go next. Do yourself an enormous favor and go out to their Bandcamp right this second to listen. Their spring tour sadly got canceled, but you can imagine you were there by buying their merch!

Young Heirlooms are folk Americana, and I could listen to them all day long. And often do. Christopher Robinson, Kelly Fine, Kyle Elkins, Steve Hauke, and Chris Alley do the throwback thing better than anyone. Kelly Fine’s voice is so soothing. Just what anyone needs right now. If you love acts like Nickel Creek, Punch Brothers, Ryan Adams, J Tillman, or Fleet Foxes, you’re going to absolutely adore Young Heirlooms.