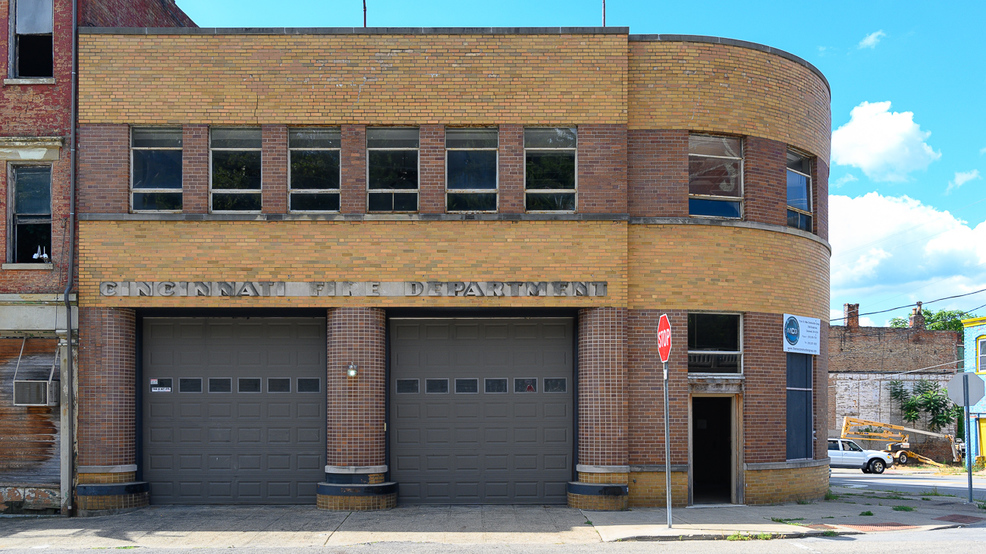 Kent Hardman recently purchased 2145 Central Avenue, the old Cincinnati fire station in Brighton, with the intention of turning it into three office spaces on the second floor and a commercial space on the first floor. The building dates back to the early 1950s, though it was actually designed decades prior to its construction. It was only a firehouse for a brief amount of time before assuming different roles for other businesses later on. Currently, work to stabilize the building is underway. We went inside to document its current state before changes are made. / Image: Phil Armstrong, Cincinnati Refined // Published: 10.4.19
SEE MORE

If you've ever admired the old fire station that sits at the corner of Central and Freeman Avenues in Brighton, you'll be pleased to know it has a bright future ahead of it.

Over the last couple of months, it came under new ownership. Kent Hardman, a real estate developer whose resume includes the renovation of Fireside Pizza and the Jackson Theater, bought the building and has plans to remake the space.

The building, located at 2145 Central Avenue, will serve as Hive Properties' office headquarters—Hardman's urban development and real estate company. It will also feature two more office spaces for rent, and it will seek a first-floor commercial tenant once the building has been stabilized and renovated. That second part is key: while it's a technically functional space that has been occupied in recent years, its current condition needs work. Hardman, someone who appreciates the importance of historic preservation, plans to fix that.

Max Construction Group (MCG) is doing the work to stabilize the property. Hardman's relationship with MCG isn't new; he partnered with them to remodel the old firehouse Fireside Pizza now occupies. The plan is to recapture the lightning in the bottle they found with that previous firehouse renovation for this one.

The building is familiar to anyone who's traveled Central Avenue in Brighton: warm, brown and red brick with a uniquely curved corner bounded by the intersection make it stand out from the rows of flat-faced buildings on every one of its sides. The words "Cincinnati Fire Department" in a weathered Art Deco font are emblazoned above circular brick columns that separate two garage doors facing Central Avenue. A tall, four-story tower stuffed with thick glass block rises from its back end on Freeman.

Initially drafted in the 1930s as the Engine Co. 13 firehouse, it wasn't built and completed until 1951. According to Hardman, Engine Co. 13 left the Brighton station less than a decade after it opened, and a host of other occupants called the former firehouse home soon thereafter. The county's Weights and Measures Department turned the station into their offices for a time. The Citizens Committee on Youth moved into the building sometime later, followed by a bath and kitchen remodeling business, which used the building for fabrication and construction until Hardman recently purchased it this summer.

The plan is to have the upstairs offices completed and the first floor white-boxed this month. It will be open for tours on October 20th if you'd like to see it for yourself.

While the building is being renovated, polished, and restored, we took a photographic tour of the place to document its current state. Head to the photo gallery above to take a look inside.