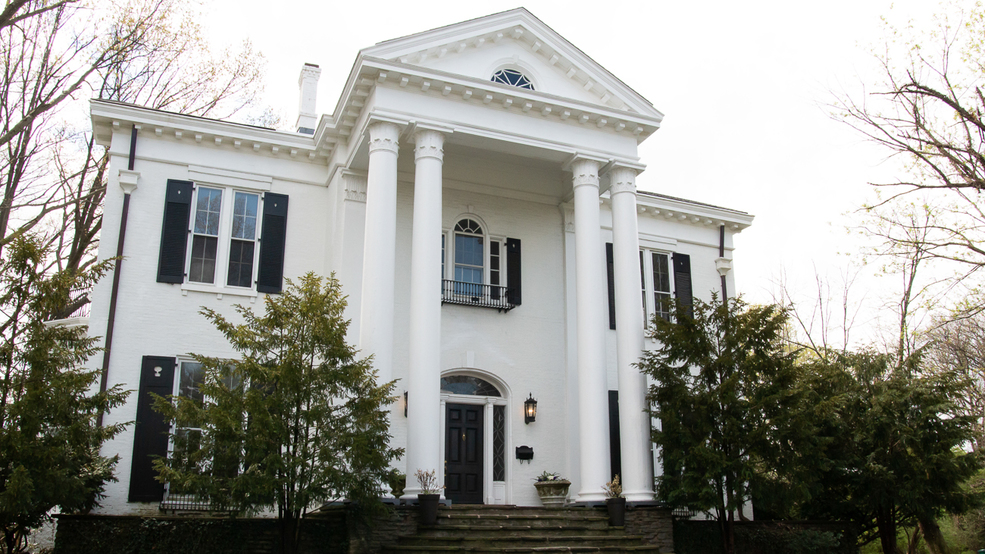 Jessie and Andrew Salzbrun purchased and renovated a 166-year old mansion in Clifton's Gaslight District, thus preserving a piece of Cincinnati history for generations to come. They made the space bright and airy with touches of French Modern design throughout. They are only the sixth family to call this house a home; the most prominent resident being Dr. Albert Sabin, who invented the oral polio vaccine alongside Jonas Salk in the 1960s. The couple left the sink, which was part of Sabin's lab, right where it was in the middle of what once was the master bedroom. / Image: Elizabeth Lowry // Published: 5.12.19
SEE MORE

The Salzbruns Bought This Historic Clifton House and Made It a Modern, Attractive Home

The last time we spoke to Jessie Salzbrun, she had a different last name (Deye) and had just single-handedly completed a renovation of a historic home in OTR. Fast-forward four years, and you'll find Jessie has completed another renovation—except this time with her husband, Andrew Salzbrun. And instead of a condo in OTR, they've tackled a pre-Civil War-era mansion in Clifton's Gaslight district.

Jessie, a software product manager for GE Aviation, married Andrew, a partner in the AGAR agency, Hickory Wald, and BLINK, in a centuries-old lagering tunnel under Findley Market. It should come as no surprise that their creative endeavors would follow them wherever they go, including into their newest home.

Two years into their marriage, Jessie and Andrew toyed with the idea of undertaking a renovation project together. One day, they were driving through a tucked-away part of the Gaslight District when they stumbled upon a house for sale that they just couldn't shake.

"We're driving down the street and couldn't believe how beautiful so many of these houses were, where you can have an acre of land this close to the city, and with this much history," she said. "So we were joking that this was totally the kind of place we could live and then we saw a 'for sale' sign and we decided that we were going to go look at this house soon."

One call to a realtor friend, one brunch, and several mimosas later, they toured the house and found themselves under contract within three days. "It happened very quickly, but we just love historic homes and being able to take [them] and bring [them] into the 21st century," Jessie said.

To start the extensive renovation of this 1853 home (whose interiors were largely covered in mauve and navy sponge paint) the Salzbruns first settled on a design aesthetic (French Modern) and went about the business of brightening up the place. To change the interior from drab to fab, the couple turned to a team they've come to rely on for past projects. Four months, a complete renovation, and 70 gallons of white paint later, they were able to move out of the house's guest suite and fully occupy the more than 7,100-square-foot, five bedroom, five bathroom space.

They encourage anyone wanting to leave their mark on Cincinnati to just go for it. As Andrew succinctly summarized, "You just have to jump."

See photos of their stunning Clifton home in the gallery above.