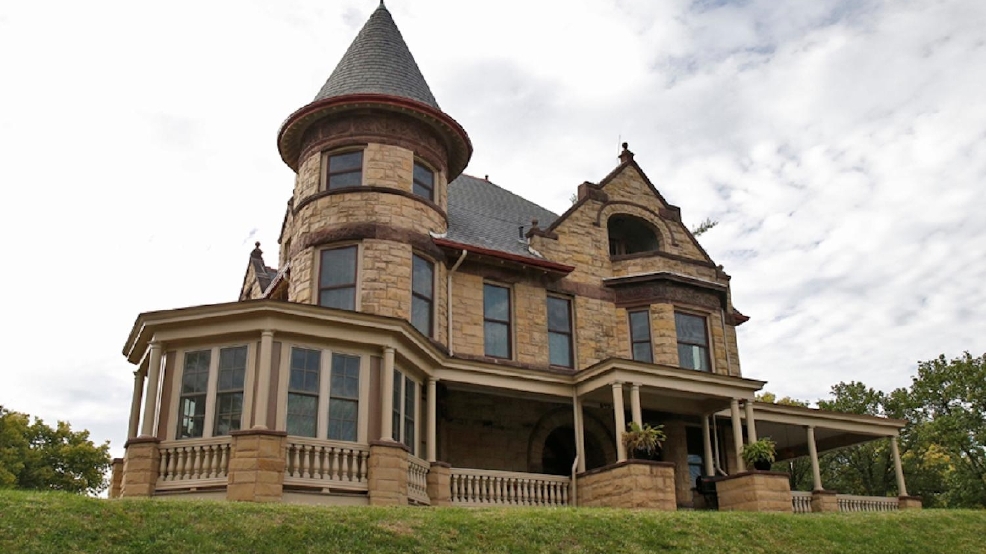 This Award-Winning Restoration Of A Hannaford House Is Incredible

Whew. That was close.

The J.H. Rhodes House in Walnut Hills is one of the most beautiful examples of Romanesque Revival architecture in Cincinnati.

From the foyer's arched double doors to the dining room's coffered ceiling, everything looks perfectly preserved from the days when the house was built, by none other than famed architect (and recent CR profilee) Samuel Hannaford a century ago.

The J.H. Rhodes House was not perfectly preserved. Far from it.

In 1968, the 8,000 sq.-ft., 10-bedroom, 4-bath house was converted into a nursing home. And it suffered accordingly. Its subsequent restoration began when current owners Ben & Kristen Walters purchased the property several years ago. They stripped it down, cleared it out, and began looking for someone who could restore it to its former beauty.

Holtman's first meeting with the Walters went very well. They talked dreams and visions, went over historic photographs, and agreed to keep the new designs close to the original where it was possible.

And where it wasn't possible? As Holtman says, "We just sort of winged it."

Ben & Kristen Walters: "Chris moved, room by room, and restored each panel, each trim piece, and floors. ... Where original features were removed, he re-built [them]. Our home is a living piece of art, thanks to Chris Holtman."

The Cincinnati Preservation Association agrees. In November 2015, the J.H. Rhodes House received special recognition from the CPA for excellence in preservation in the category of house rehabilitation.

HERE ARE THE HIGHLIGHTS

- Looking at them, you'd swear the arched double doors in the foyer are as old as the house. They aren't. Holtman got them from a demolished church, then refinished them to fit in the set-back entryway.

- Holtman recreated the dining room's original paneling and coffered ceiling, which had been partially destroyed and drywalled over.

- Holtman completely restored the main grand staircase, which involved chopping up and removing the railing and spindles that had been installed by the nursing home.

- The library is a combination of wood flooring from an old barn and new millwork that includes crown molding, a large shelving unit with a classic pediment, and paneled wainscoting.

- The Walters centered the design of the living room, dining room, and kitchen around salvaged oak cabinets(which were purchased at auction when Hughes High School was remodeled).

- The kitchen features the largest of the salvaged oak cabinets, as well as chrome pendant lighting, stainless steel appliances, and a marble island.

- The upper floors of the mansion are accessed by a renovated back stairway -- the "servants" stairway -- leading up from the kitchen.

- The family's four bedrooms, each with private bathrooms, are on the second floor.The third floor, originally the "servants" quarters has been renovated into a craft room and guest bedrooms.

Want to learn more about this home (&/or Holtman Design)? Head over to the firm's website.