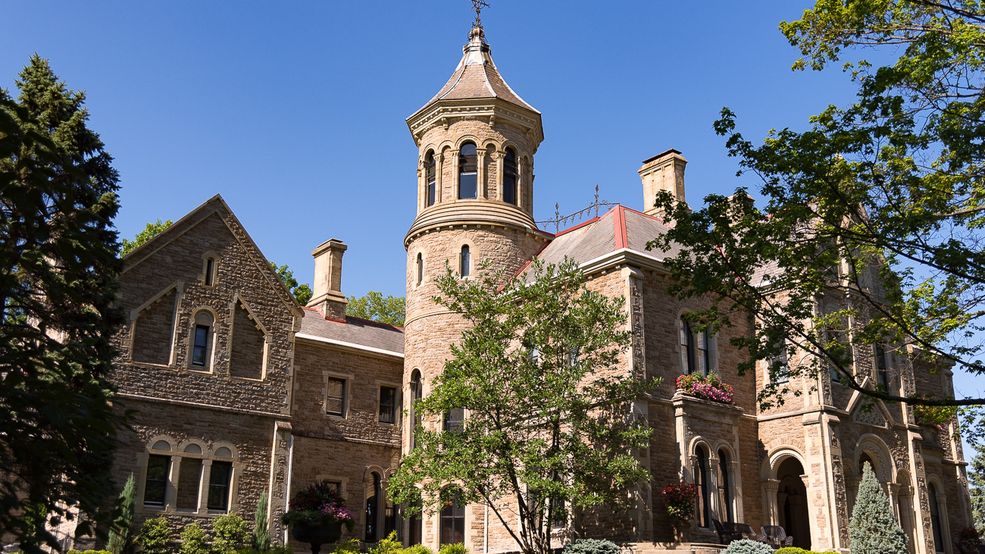 Clifton's historic Henry Probasco House was built in 1863 for the man of the same name. A wealthy hardware tycoon who made his fortune in business with his boss and brother-in-law, Tyler Davidson, Probasco paid $500,000 to construct the Norman Romanesque Revival mansion that originally sat on a 20+ acres. Today, Sara and John Neyer own the home and live in Probasco's former mansion with their two teenagers. The house was listed on the National Register of Historic Places in 1971. / Image: Phil Armstrong, Cincinnati Refined // Published: 7.27.18
SEE MORE

The Henry Probasco House Might Be Cincinnati's Prettiest Historic Mansion

If you've been in Cincinnati, whether just to visit for a few days or as a resident for years, you've more than likely seen the Tyler Davidson Fountain at Fountain Square. For all intents and purposes, the fountain is our city's de facto aquatic, non-porcine mascot. It's all over Cincy-branded merchandise. If you've never seen it in person, you've definitely seen it in photos.

Heck, we even took a photographic fine-toothed comb to it a little while ago.

The man who commissioned that incredibly elaborate fountain was Henry Probasco. His name is emblazoned upon the pedestal of the Genius of Water near the top of the iconic fountain. Henry made a fortune running a hardware business under the direction of his boss (and brother-in-law), Tyler Davidson. Ah yes, now you're beginning to see the connection.

Some best friends take each other out for dinner on their birthday. Others buy tickets to see a show together or give some other modest gift in celebration. Probasco, however, isn't a typical best bud. Having built a Queen City bromance for the ages, Probasco's gift to his best friend was dedicating that historic fountain in Davidson's name to the city that helped build their unbelievable wealth. While many today may not know who they are, they've undoubtedly heard their names if they've spent any time in Cincinnati.

That six pack of Truth your best friend gave you for your birthday looks kinda lame in comparison now, doesn't it?

So when you learn that Probasco had a Norman Romanesque Revival mansion that can only be likened to Cincinnati's version of Civil War-era Hogwarts, it probably shouldn't come as much of a surprise. After all, a man accustomed to commissioning an incredibly elaborate fountain to immortalize his best friend would obviously follow suit with an incredibly elaborate personal residence to immortalize himself.

And "immortal" he's become. Completed in 1863, Probasco's mansion, dubbed Oakwood, has been standing mightily on a plot of land at the precipice of a hill in Clifton for 155 years. Sara and John Neyer own and live in the house with their two teenagers today.

While the Neyers maintain a level of aesthetic cohesiveness with the house's 1860 design, they've modernized parts of it to give it 21st century relevancy. Yes, it's a historic home built to ensure Probasco's enduring legacy, but it's also their home now. And based on what we saw while photographing its interior, they're taking tremendous care of it.

See inside this incredible mansion in the gallery above.