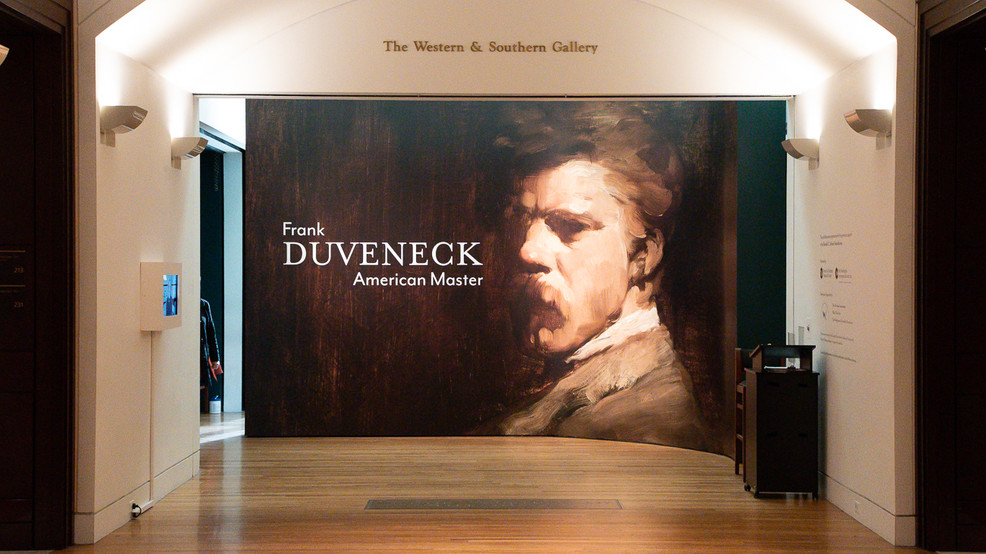 <p>Frank Duveneck: American Master will be open to the public December 19th & 20th, and December 26th & 27th. It will be on display until March 28th, 2021 after the museum fully reopens. It is a ticketed exhibition and free to members. / Image: Phil Armstrong, Cincinnati Refined // Published: 12.19.20</p>
SEE MORE

Cincinnati has been home to many great artists over the years, and chief among them is the great American master painter Frank Duveneck. If you've spent any time in Cincinnati, you'll likely be familiar with his name, and more likely his work.

Originally born in Covington in 1848, Duveneck spent decades in Europe learning his craft and making a name for himself in the art world. After returning to the United States in the late 1880s, Duveneck taught at the Art Academy of Cincinnati, eventually acting as an acquisition advisor to the Cincinnati Art Museum and donating his own work to their growing collection.

Unlike other masters who achieved popularity post-humously, Duveneck was well-respected in his time and was widely regarded as a father of American art both in Cincinnati and abroad. To celebrate his body of work, the Cincinnati Art Museum recently opened the Frank Duveneck: American Master exhibit to the public.

The exhibit explores Duveneck's many works and various subjects while providing a retrospective on his life. While he's best known for his oil paintings, the exhibit features drawings, photographs, etchings, sculptures, and more. From portraits to landscapes, the exhibition is the most in-depth exploration of Duveneck's work in three decades, proudly showing works on loan from collections across the US.

Frank Duveneck: American Master isn't relegated to the second-floor exhibition space, either. 18 etchings by Duveneck and his students hang in the special features showcase and include a never-before-seen early etching by the artist himself. Additionally, the Cincinnati Wing, which has featured Duveneck works prior to this exhibit, has been reimagined with his works and hung salon-style.

HOW AND WHEN YOU CAN SEE IT

"Wait, I thought the Art Museum was closed?"

If you want to see the show, you need to register in advance by going to the Cincinnati Art Museum's website to purchase tickets.

If you can't make it during those dates, fear not. Frank Duveneck: American Master will be on display from now until March 28, 2021.

For more information about hours and COVID procedures, keep an eye on the Cincinnati Art Museum's website.