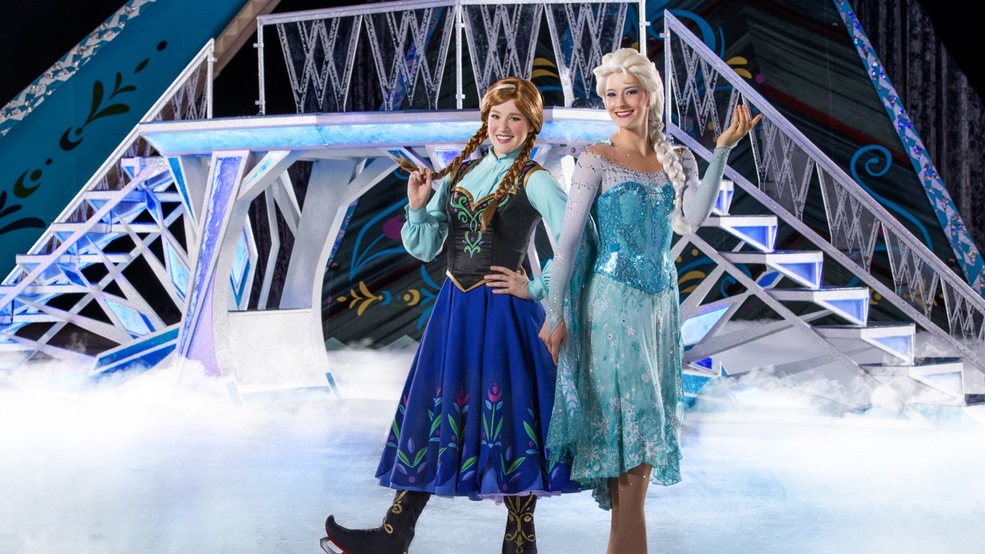 Disney On Ice presents Frozen is coming to U.S. Bank Arena with seven performances March 7-10. Explore themes of love, forgiveness, and the power of friendship with your family and friends as you follow royal sisters Anna and Elsa on a magical journey through the spellbinding world of Arandelle. ADDRESS: 100 Broadway Street (45202) / Image courtesy of U.S. Bank Arena // Published: 3.3.19
SEE MORE

If you or your children are fans of Frozen, you’ve likely seen the movie enough that its songs have taken up residence inside your eardrums: "Let it Go," "Fixer Upper," "Do You Want to Build A Snowman?" and more.

Yet perhaps it’s easy to forget this Academy Award-winning classic is, at its heart, a story about two siblings finding each other.

This March, you'll have the chance to explore that uplifting, heartwarming theme all over again when Disney On Ice presents Frozen visits U.S. Bank Arena. The production follows royal sisters Anna and Elsa on a magical journey through the spellbinding world of Arandelle. Along the way, they meet rugged mountain man Kristoff, his loyal reindeer Sven, and everyone’s favorite snowman, Olaf. Together, the adventurers learn about love, conquering their fears, and how to come back home again. It’s a rollercoaster of emotions, and you won’t want to miss it.

Frozen’s lovable characters are not alone, though. They’re joined by Disney and Pixar mainstays, including Mickey Mouse and Minnie Mouse; Timon and Pumba; Marlin, Nemo, and Dory; and princesses Ariel, Rapunzel, Cinderella, and Snow White.

The set offers an immersive experience unlike any other. Yes, it might seem obvious that Frozen is suited for the ice, but the production uses innovative elements to create a living environment for the world-class skaters. The theatrical effects (an actual blizzard!), changing geographies, spectacular lighting, and high-definition video canopy will draw you into the story like never before.