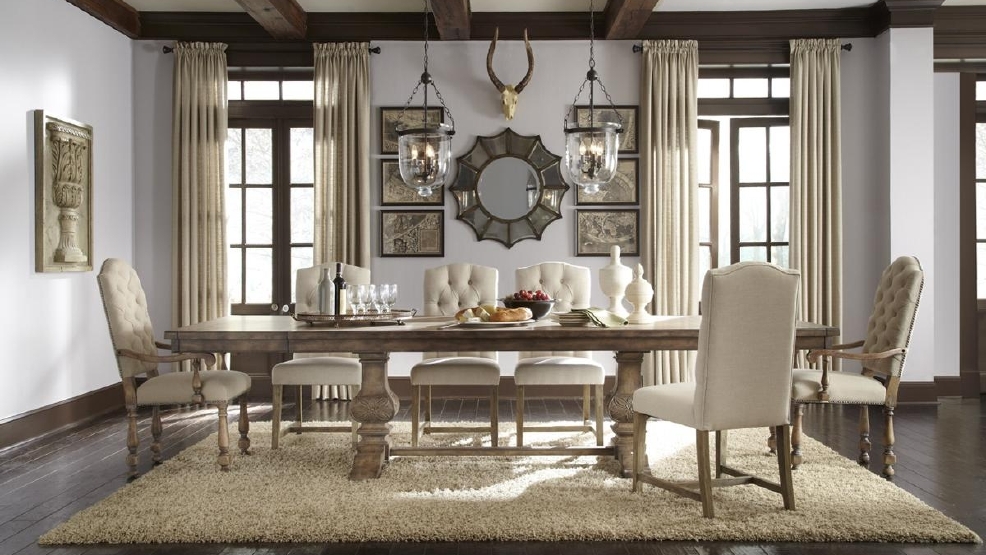 Furniture Fair's broad spectrum of styles will please even the most eclectic of tastes. Head to one of the store's 11 locations and see what they've got for you. (Image: courtesy of Furniture Fair)
SEE MORE

"Pete Rose was a rookie. That's when Bob Daniels opened the store and got his family involved. 1963. And now, it's evolved into Cincinnati's favorite furniture store."
- Ed Hartman, Furniture Fair

We've all seen the commercials. A hulking Anthony Muñoz (the famed Bengals offensive tackle that plowed his way right into the Pro Football Hall of Fame), palling around with a slightly less-than-hulking Ed Hartman (Furniture Fair's Director of Marketing).

Sure, the size differential at play here pretty much secures the pair a spot on the short-list for this generation's Odd Couple. But what really makes the commercials work is their unmistakable sense of comfortable, honest accessibility. The same can be said, Hartman suggests, of the entire company.

Take a lap around any of Furniture Fair's 11 locations, and you're probably going to notice a few things right off the bat. At the top of the list...

1) There's a heckuva lot to choose from. Not an overwhelming amount by any means. Just enough to pop a few new design ideas into your head. (But we'll get to that in a minute.)

2) You feel like you're in the middle of one big Ed & Anthony commercial. With plenty of personable, approachable folks around to help out when you need it (and give you space when you don't), you might just walk away feeling like you've made a buddy or two.

And when those two elements combine, it creates something unique. It's the no-pressure, full-selection type of experience that folks just seem to seek out.

"You know," says Hartman, "We've been in the community since the early '60s. We've coexisted with competitors. They've come and gone. And we're still here."

Why is that? "I think it's the total package effect. We're a retail furniture store, we give good value, and we follow up with good service after the sale. Plus we carry great products. I think it also has something to do with the fact that we're involved in the community."

Yep, Furniture Fair is about as well-rounded as they come. Hartman, for instance, sits on the board of directors for the Leukemia & Lymphoma Society's Tri-State Chapter. He was also previously on the board for Anthony's charity organization, the Anthony Muñoz Foundation.

Despite the level of involvement that Ed and other members of the Furniture Fair team have in the community (and the whopping amount of success the store has achieved in its five decades), the company is certainly not resting on its laurels. "That's really the thing about us," says Hartman. "We never sit still."

On the product level, Furniture Fair is increasingly proactive about bringing new styles into their catalogue. As noted earlier, a quick tour around any of the company's locations will display a wide spectrum of aesthetics. The selection is broad, without being disparate or overwhelming. (Whew!)

You might, for instance, find an uber-traditional bedframe, flanked by a swanky, design-savvy reading chair. And it works. (Way to pull it off, Furniture Fair!) We had our eyes on a sectional sofa to put all others to shame and a more stylized, modern-influenced loveseat. So go ahead, be as eclectic as you want, Furniture Fair is ready for ya!

The thing tying all these different styles together? Every piece is a piece worth having. Sure, there are varying price points, with the different quality-points to match, but every item in the store is a winner.

On a more macro, company-wide level, the organization is wrapping up a lovely remodel on the Fairfield location. (Check the pics for a peek at the warm but shiny new style.) They've also got some upgrades planned for a few more of their stores over the coming months.

The company has even given their website a nice revamp as well. See something you like online? Go ahead and place an order. E-commerce! It's a brave new world, Cincinnati.

THE BASICS AND BEYOND

You might've heard that Furniture Fair is the place to go for bedding. Well, you heard right. With multiple manufacturers (Tempur-Pedic, Serta, and Corsican, to name a few) and plenty of bases, foundations, pillows, and protectors to choose from, you're more than likely headed for a phenomenal night's sleep.

And for those of you who have been fans of Furniture Fair since before the Ed & Anthony train got going (circa 1992), don't think for a moment that the aforementioned attention to fresh style is going to distract the store from what really matters.

"We're here to be Cincinnati's furniture store," says Hartman. "We've got the best products, right here in the store. And we're focused on providing a dependable, personable, and accessible experience. That's just who we are."

So whether you're a long-time Furniture Fair purist or a brand-new convert, head on down to the location in your neck of the woods. Take a lap around, check the styles, and enjoy that "I'm in an Ed & Anthony commercial!" feeling.

Want to learn more about Furniture Fair?
Check out the company's website, visit the Facebook page, or, hey, swing by in person!