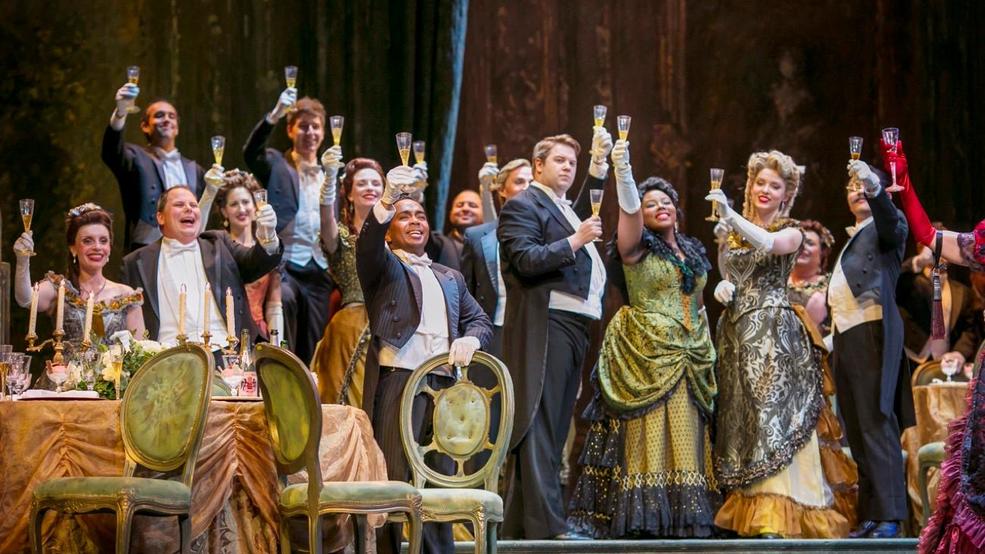 Cincinnati Opera returns to Music Hall for the first time since 2015 with La Traviata, one of the most famous operas in the history of music. Performances run June 14-22 at 7:30. / Image: Mike Bresnen
SEE MORE

Sixteen months ago Music Hall began an ambitious $143 million-dollar renovation. Now for the first time since 2015, Cincinnati Opera is returning to its home for a slew of irresistible productions. The first, running June 14-22, is La Traviata.

Yes, we know that name—La Traviata—means absolutely nothing to some of you. (“It’s, like, an opera?”) But if it does mean something, it likely means everything. That is, La Traviata is one of the most famous operas of all time, a masterwork of Giuseppe Verdi that’ll build you up, break you down, and have you sympathizing with a Parisian courtesan Pretty Woman-style.

This pretty woman is Violetta Valéry. She lives in a lavish Paris apartment, wears beautiful gowns and jewels, and drinks fine champagne from crystal flutes as she flirts her way through high society. But Violetta is, despite herself, a human being. And like every other human being on the planet, she wants the real thing—true love and all that.

In swoops the naive, gullible, and endlessly romantic Alfredo Germont. He declares his love to Violetta, and after a scene change they’re enjoying all the fruits of domesticity.

Alas, questions remain: Can Alfredo provide for his new lover? Has Violetta fully renounced her former ways? Will the twittering twerps of high society really let them be? Will Alfredo’s father keep his aristocratic nose out of their lives?

In every case, no. But such was life in the 19th century—everyone was always up in everyone else’s business.

With unfortunate results, I might add. At least in this case. No, I won’t give away the ending or anything past the first act, actually. But suffice it to say the clock winds down on our hero and heroine, with the opera’s tension building all the while.

It’s worth seeing just to say you’ve seen it. It’s also worth seeing because... well, it’s worth seeing. The drama is rich and compelling, the music is soulfully gorgeous. And in the confines of the renovated Music Hall, it’ll absolutely shine.