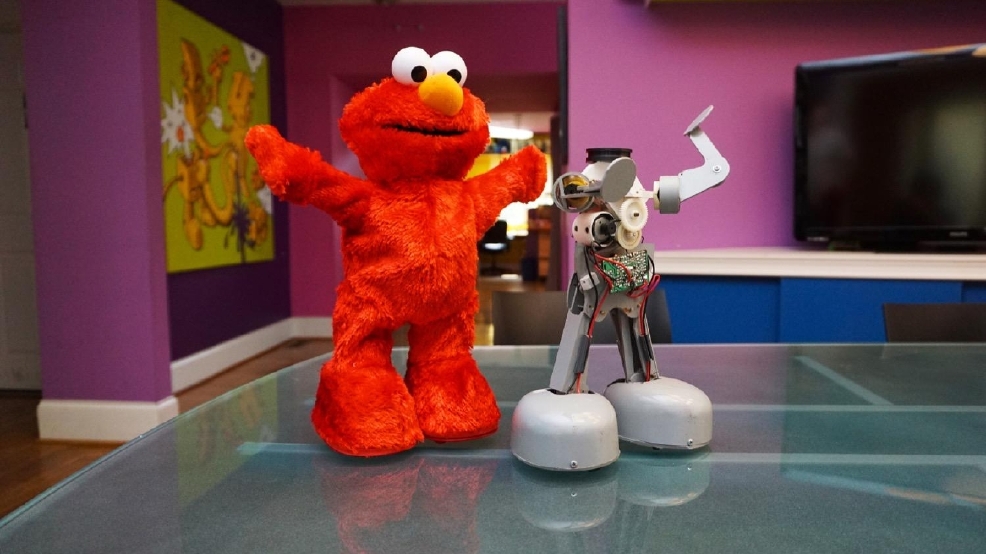 No Doubt, This Local Company Has Created Some Of Your Kids' Favorite Toys

It's a strange sight to see the grey plastic skeleton and bare mechanical gears of an Elmo toy without its plush red covering.

Mike Hoeting places that uncanny figurine next to a fully finished model to highlight what he and his team do best. A DAAP graduate, Hoeting co-founded Bang Zoom Design in 1991. Now he's head of design and development at the toy invention company.

And "invention" is the key word there. Bang Zoom's products are often new takes on classic designs or wholly original ideas altogether. The results are fun, novel toys you'd be happy giving to your kids or keeping for yourself.

"YOU HAVE TO BE A LITTLE BIT ADHD."

...says Hoeting of what it takes to succeed as a toy inventor.

The design of Bang Zoom's Walnut Hills office mirrors that spirit. It resembles something between a Willy Wonka factory (where, unfortunately, nothing's edible) and a 10-year-old's brain: colorful, energetic, and loaded with boxed toys and oddly defaced Pixar characters.

In the back room, Hoeting and his team work at desks blanketed in intricate sketches and proprietary prototypes. That's where they come up with the concepts that underlie their toy designs -- designs Bang Zoom has patented and licensed to the likes of the toy manufacturing giant Mattel for more than $1 billion.

I guess it pays to be a little hyperactive every now and again.

TOYS IN THE 21st-FIRST CENTURY

Bang Zoom's row of additive-layering 3D printers are a reminder that the company operates firmly in the 21st century. They also use the internet for inspiration, especially YouTube. "Let's say there's a video that has 30 million hits, like a baby laughing at something," he says. "We ask ourselves, 'How can we create a product based on what they are watching?'"

But Hoeting is careful Bang Zoom doesn't deviate too much from its legacy of designing stellar mechanical toys. He's moving thoughtfully into the digital app space.

"We are a mechanical toy shop," he says. "The app space is congested, so we don't want to compete there. What we want to do is marry together toys and apps so there's a bridge between the tangible things and the application of technology."

Hoeting envisions a child using his or her phone to bring out certain latent attributes of the toy -- to "bring objects on that toy into the play pattern of the phone," he says. That implies the use of virtual reality, similar to what is being used in Pokemon GO.

But unlike Pokemon GO, there'll be a real toy behind the phone, with the product of an expert Cincinnati design team supporting it.

Want to know more about Bang Zoom Design? Head to the website.