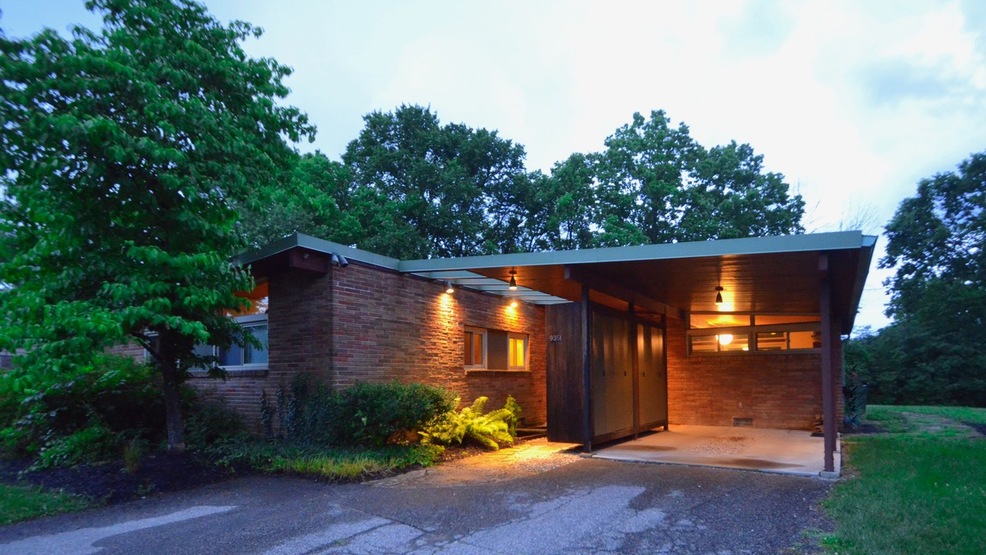 A House Designed By Hans Neutzel Is Up For Grabs

9351 Westbury Drive isn't the most expensive house in Springfield Township. It's not the newest, nor is it the oldest. It's no more than one story and doesn't exceed 1,600 square feet. It has three bedrooms and two bathrooms.

Sounds modest, right? And you're probably questioning why we're featuring it on Cincinnati Refined, aren't you?

It all boils down to what's behind the black and white list of real estate facts that don't seem particularly noteworthy on paper. What makes 9351 Westbury unique is deeper than that. It's about who designed it: Cincinnati architect Hans Neutzel.

Neutzel, who emigrated from Munich to the U.S. in 1949, celebrated a lengthy career of designing many buildings, both commercial and residential. He designed 9351 Westbury in 1959. While the rest of the street appears to have been built around the same time, none of the other homes have Neutzel's unique, modern appearance. However, Neutzel's design, while in a class all its own, isn't so dissimilar from its neighbors that it stands out in a bad way.

A koi pond next to the front door is your first indication this home has something up its sleeve. Inside, the original kitchen, double-sided fireplaces, vaulted wood ceilings, and skylights remind you it's not your average 1950s-era house.

Warm wood floors, cozy corridors, and rooms with ample natural light make for an exquisite jaunt from front to back. A carport and modestly long driveway allow for multiple sets of wheels to comfortably park, while a huge semi-covered deck that spans the width of the house stands poised for boisterous BBQs and quiet mornings alike.

But again, it's all about Neutzel's design. While this may sound routine on paper, it's anything but.

The house was placed on the market for $176,500 very recently and isn't expected to last. In fact, by the time this publishes, there's a chance it'll already be sold (but we wanted to show you regardless).

Photos don't do this sleek little abode justice, but you should see the above gallery for more anyway.

Wanna buy it? Check out the listing here.