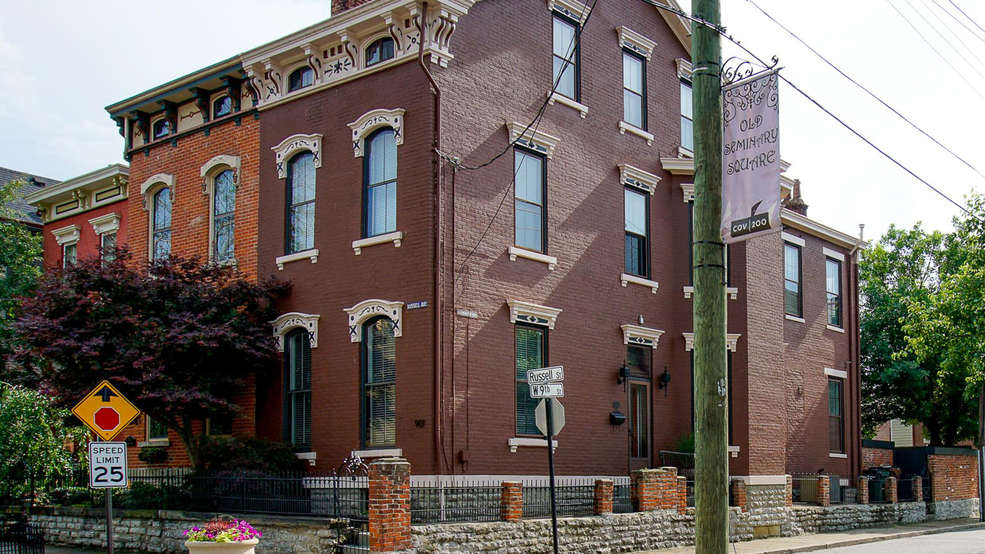 <p>Built circa 1883, 901 Russell Street is a 4-bed, 2.5-bath house that sits within the historic district of Old Seminary Square. While it might have 19th-century bones, it's been updated to accommodate 21st-century tastes. Its kitchen features Viking appliances, the outdoor space has been renovated, and it's freshly (and professionally) painted among other updates. The house is equally close to both Mainstrasse and the Madison Avenue entertainment district, and it's up for sale with a price tag of $374,900. / Image: Austin Dunbar // Published: 6.27.19<br></p>
SEE MORE

If you've been in the area long enough, you've probably heard of Covington's Old Seminary Square. It's named for the Western Baptist Theological Institute that once stood on the land in 1840. After the seminary was dissolved and sold in 1855, the area around it became a desirable place for people looking for a place to live beyond the immediate dangers of the easily-flooded Ohio River. Today, it’s a thriving historic neighborhood. We did a photo gallery a couple of years ago on it that you might enjoy.

Alright, now that you're up to speed, let's talk about why you're here: 901 Russell Street.

Built circa 1883, the 4-bed, 2.5-bath house, which sits within the historic district of Old Seminary Square, might have 19th-century bones, but it's also updated to accommodate 21st-century tastes.

For example, the kitchen is filled with Viking appliances and a wine cooler, and the outdoor courtyard around back was recently updated. Having also been professionally painted, the interior looks new without totally ditching flashes of the building's oldest remaining features. That's right—if you thought this bad boy doesn't have some quality exposed brick, especially in the kitchen, you're kidding yourself.

You're also kidding yourself if you thought the house would be devoid of the fireplaces that were surely part of its original construction. All five of them are there, in fact. The one in the living room is even operable and gas-powered, making it not only a visual anchor for the room, but also properly functional. And if you're worried about all that sweet, sweet heat from the fireplace escaping around the seams of classic old house windows (let's be honest, sometimes the windows in these old homes aren't great for climate control), fear not: local historic window guru Terry Rasche repaired all the windows already. They look good and insulate well.

But that's a pretty big house to keep to yourself. Inviting friends over to 901 Russell Street is not only easy, but it's also considered a felony* by the Commonwealth of Kentucky if you don't have people over. Why? That back courtyard is positively aching to host an event (or two, or seven, or as many as you can stand this summer).

Once the party is sufficiently underway, and you don't feel like having Brett spill his IPA all over your kitchen floor (he has a reputation at this point), you can gather the group and easily walk a few blocks to a number of nearby establishments, like Hotel Covington, Braxton, or anywhere on Mainstrasse. Let them deal with Butterfinger Brett's loose digits.

Where can you find more information about the house? This listing.

Where can you see the house and everything I spoke about above? The gallery above.

*this statement is untrue, but you get the point.