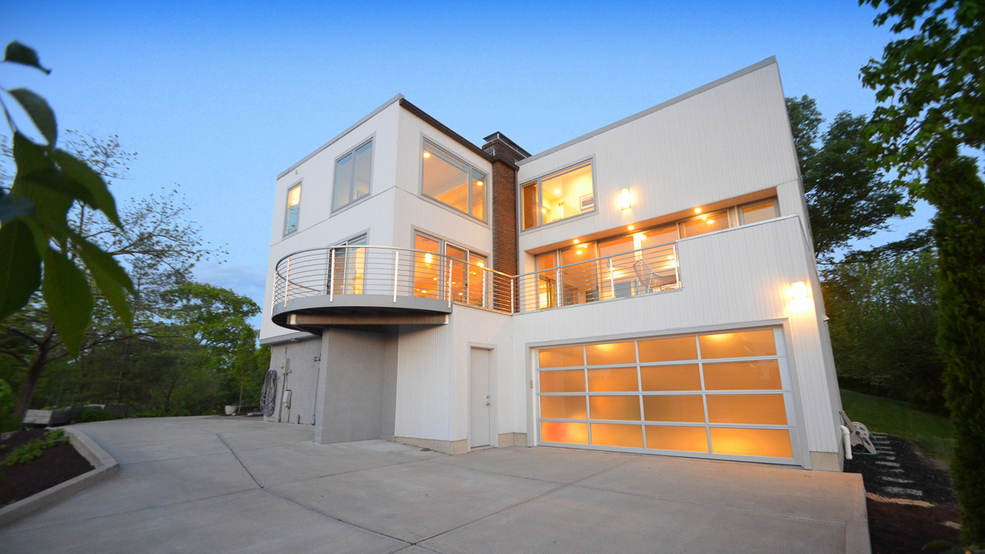 Like it or not, Midcentury Modern style has made a triumphant comeback. The aesthetic Frank Lloyd Wright and other modernist designers and architects sought to proliferate in their time is once again in vogue.

While the 1970s aren't generally considered a decade profuse in MCM design, Cincinnati has at least one exception.

In 1970, UC architecture professor and certified architect Richard Peacock designed an international modern-style house for a residential plot of land several minutes north of Downtown. Drawing from familiar MCM concepts of clean lines and utilitarian design, Peacock created the blueprints for a multi-story home that still stands to this day. Though its original form has since been expanded upon, 843 Clifton Hills Terrace remains an attractive modernist beacon within Clifton's forested hills.

Gordon and Kathy Salchow, who owned the house for over 40 years, weren't the original owners but lived there the longest. During their occupancy, Gordon, who founded the graphic design program at UC, updated the house with a triangular patio with a custom-made water feature he personally designed. After the couple sold the house in 2012, the current owners worked with architect Greg Tilsley of Tilsley and Associates to update the home further.

The result is a Clifton house that's undoubtedly beautiful and comfortable. In the spirit of clean lines, the house's details are listed below in bullet form.