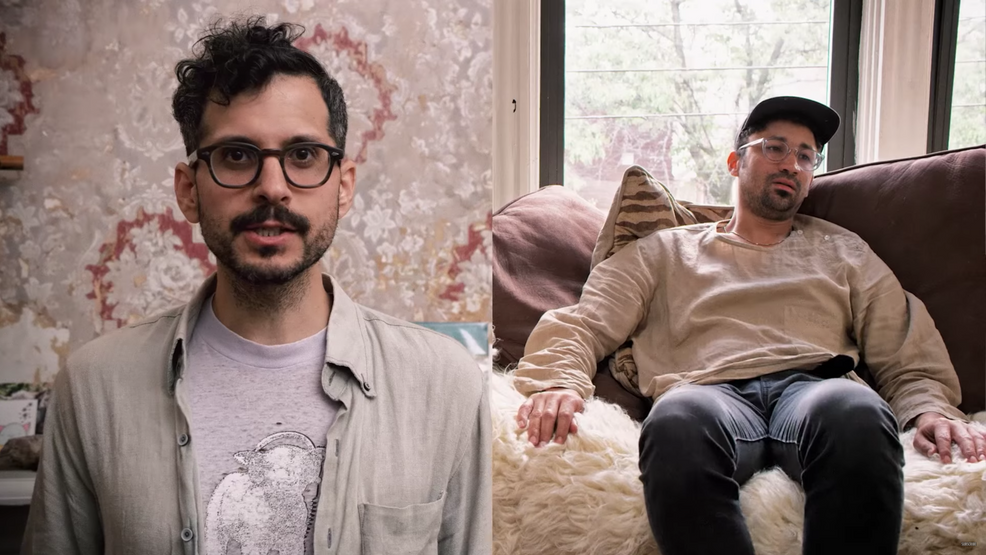 8 Music Videos That Were Filmed in Cincinnati

For years, Cincinnati has been the backdrop for music videos by big-name acts and burgeoning artists alike. From East Price Hill to Fairfield and many locations in between, artists have utilized the area's diverse architecture and visually appealing scenery as a complement to their music.

While this list isn't comprehensive, here are eight music videos filmed in the good old Queen City (or a suburb outside the metro area) you can watch right now.

Brooklyn-based rapper Donwill took over Forest Fair Mall (aka Cincinnati Mills, aka Forest Fair Village, aka that dead mall in Fairfield you've definitely been kicked out of for bringing a camera into) for his video, Cincinnatian, in 2019. Making great use of the mall's bleak, eerily abandoned corridors and vacant atria, Donwill's head-bobbing lyrics reveal he lives out east but he reps Midwest—a clear, unashamed homage to his hometown of Cincinnati. You'll spot the Duke Energy 'CINCINNATI' sign and the since-departed SkyStar Ferris Wheel in quick cuts throughout the video, too.

Arguably the biggest name on the list, Cincinnati's own Walk the Moon unsurprisingly filmed one of its early hits, Anna Sun, in the Mockbee back in 2011. The video over the insanely catchy tune kicks it off with a long tracking shot of lead singer Nicholas Petricca gleefully wandering the halls, gaining energy and enthusiasm along the way before unleashing a flurry of choreographed dance moves alongside backup dancers a third of the way through. Those familiar with the Mockbee (McMicken Avenue, Over-the-Rhine) will undoubtedly recognize the venue.

Mississippi's 3 Doors Down, which rose to fame at the dawn of the 21st century with Kryptonite, filmed their video for 2008's It's Not My Time around Downtown, Over-the-Rhine, Queensgate, and CUF. Inexplicably featuring a buttload of parkour (??), a shot of an iPhone 3G, and that familiar mid- to late-2000s high-contrast desaturated aesthetic, the band jams atop the R. Carl Freund pavilion, in the only remaining Macy's skywalk over 5th Street, on Fountain Square, in the middle of the 8th Street viaduct, Dalton Street tunnel, and other spots around the inner city. However you feel about the music itself, there's little doubt this video showcases a ton of Cincinnati.

Native-born Foxy Shazam filmed 2011's I Like It inside the First German Reformed Church at Freeman and Hulbert Avenues in the West End. Kicking off with an aggressive, gun-toting motorcycle ride through the doors of the old church, the video catapults headfirst into a high-intensity, '70s-inspired rock riot replete with flashy-dressed dancers, sparklers, confetti, and an unmistakable Rocky Horror energy. There's not much to see of Cincinnati beyond the sanctuary, but you'll like it nonetheless.

Cincinnati's Yoni Wolf and Chicago's Serengeti produced a collaborative album as Yoni & Geti on which Madeline appears. The video, shot around Northside and Over-the-Rhine in 2016, packs as much Queen City as it can throughout the song, even utilizing a split-screen motif to double the screen time. Melancholy, breathy vocals divide the electronic beat backed by a peacefully chugging guitar much like the video itself divides the two protagonists, who you slowly learn are linked by a woman as the story unfolds, before forcing them together at the video "seam" in the final shot. You get a bunch of Cincy, you get a great song, and you get a video that'll stick with you all in one.

Being from Cincinnati, Walk the Moon is accustomed to repping it in their videos. The official lyric video for 2015's Different Colors, which you can find on Walk the Moon's YouTube channel, dabbles in Cincy nocturne. Neon words, spelled out in various fonts, jauntily wiggle and flash across the skyline, up Smale Park steps, the length of the Purple People Bridge, random Skywalks, public steps, throughout Bicentennial Commons, Union Terminal, and many others. It also features a quick scene inside the since-demolished Pogue's Garage and it makes the best use of Shapes Park in the last 20 years. A+ video and song!

Victor Spoils hails from Cincinnati, too, and makes good use of Newport, KY for the video for their 2019 song Bully. Filmed inside Newport High School, the anti-bullying message of the song scours the halls of the local school where students are dressed in masks with words like "stupid" and "cry-baby" written on them. There's an excellent drone lift toward the end of the video that shows I-471 leading into the city on a blue-sky afternoon that's worth a look.

Andy Black is all over Downtown and the west side of Cincy in his 2019 song Ghost of Ohio. Filmed during what looked to be a particularly frigid time of year, sharp-eyed Cincy fans will recognize Mt. Echo Park, the train tracks along River Road at Leland Avenue, parts of Over-the-Rhine, Fountain Square, the Roebling Bridge, Delhi, and Union Terminal shrouded in darkness during a particularly beautiful drone shot. Edited to resemble the appearance of film with all its dust spots and light leaks, the desaturated and cold palette underscores Black's lyrics as he haunts graveyards and follows icy rails along the river. If you love the look of Cincy in winter, Ghost of Ohio is your aesthetic.