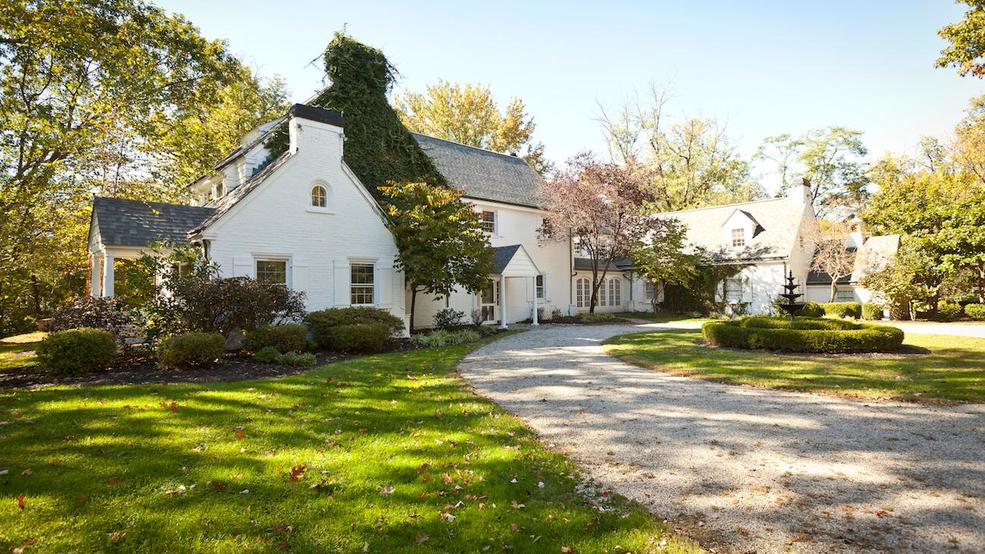 Back in 1933, when this house was first built, it occupied a 20-acre lot. In the late ‘50s and ‘60s, it was subdivided into multiple, smaller lots. And now, it comprises 2.3 acres. The Kaufman family was the home’s original occupants, and this abode was one of the first original properties that made up Amberley Village. It even inspired the need for a fire department; the house caught fire in 1940, and the nearest department was in Reading. But that was many moons ago.

Today, the estate at 2930 Belkay Lane has come to our attention because it’s back on the market. It’s only exchanged hands a few times, including a stint with well-known Cincinnati litigator Stan Chesley on the deed. According to a 2012 Cincinnati Magazine article, “Bill Clinton was such a frequent visitor that Chesley presented him with a ‘Camp Belkay’ t-shirt in 1998.”

The 5,035-square-foot English, cottage-style home has 6 bedrooms and 3.4 bathrooms. It also boasts a pool, pool house, potting shed, and three garages that could hold a total of 16 cars. We’re talking real, life-sized cars—not Hot Wheels. So if any of the above interests you, perhaps you’re ready to make an offer?

And hey, don't forget to scroll back to the top to flip through the gallery. Best to know what you're buying—and also to imagine Bill Clinton hanging out in the kitchen eating cereal.