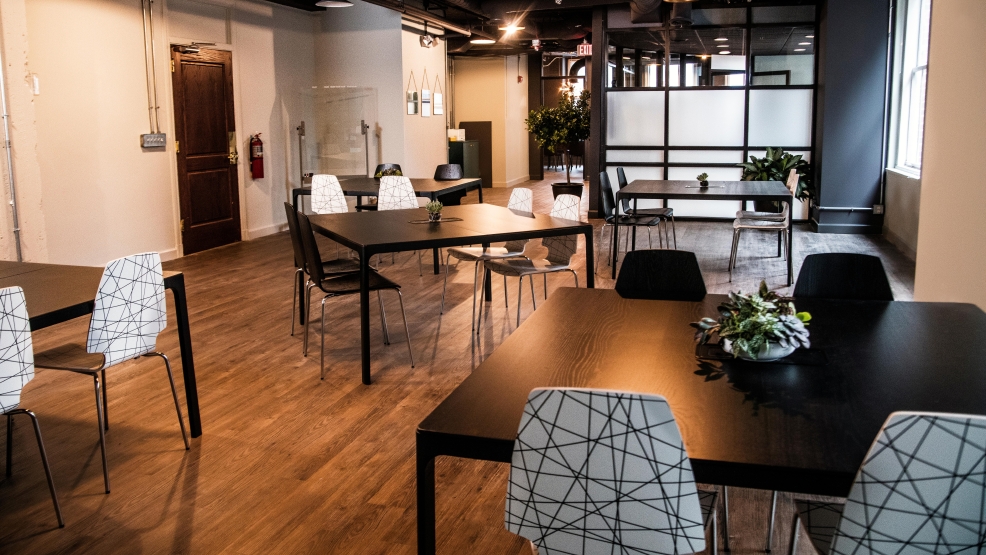 1628 is a members-only, 6,000-square-foot, curated co-working space that offers a professional office environment with every amenity to help you finish your work. It is located downtown, in Piatt Park. ADDRESS: 11 Garfield Place (45202) / Image: Annette Navarro // Published: 4.22.17
SEE MORE

If A Boutique Hotel And An Office Had A Baby, It Would Be The Co-Working Space 1628

Walking into 1628 is a bit like stepping foot in a spa. Inside, you’ll spot sleek wood tables, billowy white curtains, and striking light fixtures from the likes of local favorite HighStreet and mainstream darling West Elm, all bathed in plenty of natural light. Want coffee or tea? Soda or a snack? A piece of original art, or even just a nicely scented candle from local Cincinnati purveyor, The Nest?

This new members-only, “curated co-working” space in tree-lined Piatt Park, is the brainchild of Tamara Schwarting, a former P&G-er who decided to strike out on her own with a consulting business two years ago. Tired of fighting for seats, wifi, and power outlets at local coffee shops, she realized the one thing Cincinnati was missing.

“There was a gap as far as professional office environments for midcareer professionals,” she says. “There was nowhere to truly be productive.”

And so she set out to create such a space, officially launching 1628—named after the year the word “co-working” first appeared in published literature—this past November.

Despite the soft ambiance of the 6,000-square-foot, two-story structure, Schwarting says 1628 is not meant to be a quiet facility. Throughout you’ll find communal tables and conference rooms aplenty (all named after towns in Virginia, Schwarting’s home state) and each equipped with such basic amenities as:

“I like to think of it as if a boutique hotel and an office had an offspring,” Schwarting says. “We’re bridging a modern environment with traditional office elements.”

That’s attracted a diverse set of clientele, ranging from lawyers and consultants to designers and artists, all drawn to 1628’s high-touch services in an unfussy space. Schwarting’s future plans include the launch of local lunch partners to deliver meals both for a single person or a large gathering, as well as drop-off dry cleaning and laundry services.

As if that weren’t convenient enough, 1628’s location boasts a Red Bike station and Cincinnati Bell Connector station each within a single city block.